This morning Fr. Ephrem, our master of ceremonies, blessed new white stoles for the use of our concelebrating priests at daily Eucharist. These stoles match the green and purple stoles we have introduced in recent years. Previously our priests had two different styles of white stoles that were used based on the solemnity of the day’s liturgy. 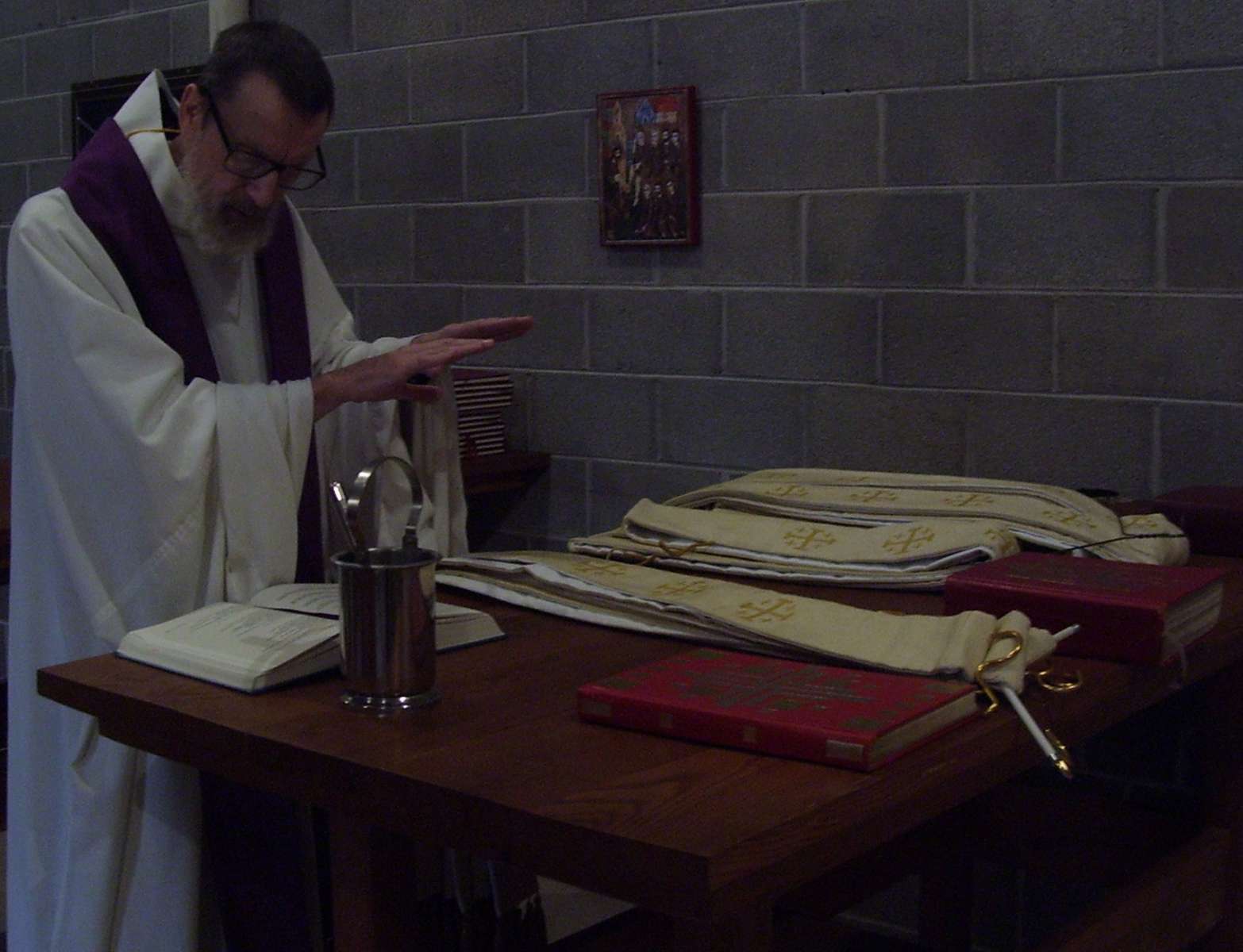 from General Instruction of the Roman Missal

335. In the Church, which is the Body of Christ, not all members have the same function. This diversity of offices is shown outwardly in the celebration of the Eucharist by the diversity of sacred vestments, which must therefore be a sign of the function proper to each minister. Moreover, these sacred vestments should also contribute to the decoration of the sacred action itself. The vestments worn by Priests and Deacons, as well as attire worn by lay ministers, are blessed before being put into liturgical use according to the rite described in the Roman Ritual.

340. The stole is worn by the Priest around his neck and hanging down in front of his chest.

346. As regards the color of sacred vestments, traditional usage should be observed, namely:

a) The color white is used in the Offices and Masses during Easter Time and Christmas Time; on the Solemnity of the Most Holy Trinity; and furthermore on celebrations of the Lord other than of his Passion, celebrations of the Blessed Virgin Mary, of the Holy Angels, and of Saints who were not Martyrs; on the Solemnities of All Saints (November 1) and of the Nativity of St. John the Baptist (June 24); and on the Feasts of St. John the Evangelist (December 27), of the Chair of St. Peter (February 22), and of the Conversion of St. Paul (January 25).