Half a Century of Monastery Seasons 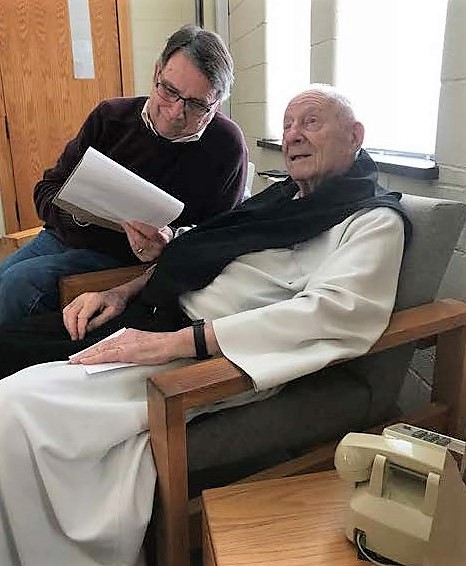 In recent weeks, housecleaning efforts involved collection and preservation for our archives of over fifty years of New Melleray’s newsletter Monastery Seasons, published by our Fr. Jim O’Connor. Fr. Jim who, at age 94, still gets around without a walker or even a cane, faithfully published news from New Melleray Abbey four times a year.  Collecting and compiling old issues of the newsletter was an education concerning that eventful period following Vatican Council II, when changes rocking the Catholic Church were felt even by enclosed Trappist monks.  Fr. Jim was able to narrate these events for a growing number of friends and supporters of the monastery with measured judgment and a sense of humor.  Reports of a new pope being elected are featured in the same issue with reports on the harvest completed by the hard working monks.  Begun in 1960, Fr. Jim’s mailing list grew with addresses numbering in the thousands when the publication was discontinued in 2014.  He is not so old as to have lost his sense of humor.  Recently, finding him standing in front of a computer screen looking at the weather report for the day, he saw me approach and, ever the gentleman, stepped aside to afford me a view of the screen, and quipped, concerning the latest weather report: “Well, you know, they’re only infallible as regards teaching on faith and morals”, shrugged – and walked away.