Birth of John the Baptist

Homily for the Birth of John the Baptist

Luke has a real sense of the dramatic in his writing, an influence coming from the great dramatic traditions of his Greek lineage.  He creates scenes which build upon each other, heightening a feel of tension, suspense and expectation.  We are invited to share the amazement, interest, and joy of the early witnesses.  All who heard these things took them to heart. What then will this child be?

That Elizabeth has given birth is already something that could not have been expected.  This first scene has gone beyond the normal limits of biology.  Then, the child would have been expected to be named for someone in the family, if not after Zechariah.  He would be expected to carry on the family’s name and position in society.  He was given an unexpected name, the one already indicated by the angel Gabriel.  The mystery of this person would not be contained by either biology or culture. His very birth and beginnings had the marks of the movement of God. You weren’t sure what to expect from him.  There is something unpre 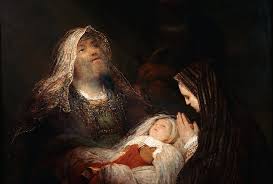 dictable about someone filled with the Spirit from his mother’s womb.

The next scene Luke presents is simply that he was in the desert until the day of his manifestation to Israel.  Is this what all the excitement was leading us to expect? Is this what Elizabeth and Zechariah expected?  Or did they have to swallow some disappointment?  In the desert.  The desert is not a place where you go to find development or education.  What did you go out to the desert to be?  It is precisely the place where you don’t know what to expect.  You have to drop your expectations, wants, and needs.  Clinging to old knowledge and expectations can be fatal.  It can keep you from yielding to the environment as it is.  The desert demands the simplicity of being open to everything, of being aware and attentive.  It doesn’t offer consoling explanations, but demands endurance without a why.  What is happening in this experience is often incomprehensible, painfully to the one who endures.  The desert is a dangerous and even hostile place to be.  The wilderness evokes the wildness in us and in God. 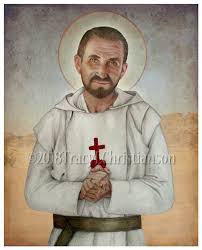 A book about Charles de Foucauld is entitled Two Dancers in the Desert.  I think that image also catches the mystery of John in the desert.  (And of the monk in the desert.)  Two dancers have to respond to the movements of the other, to follow with attention but without understanding.  John already danced and leaped in the womb.  Self-preoccupation breaks the relationship that is dependent on focusing on the other.  Once, a ballet dancer was asked why she danced.  She said, if I could explain it I wouldn’t have to dance.  An explanation can’t reach the heart of the matter.  An explanation would profane and trivialize what must be approached with wonder and fear.  What is most personal is often most inexplicable. The faith of the dancer responds to a partner who leads into the wilderness and demands a total response and surrender. 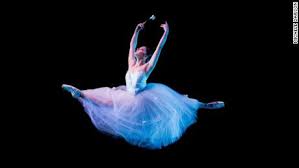 John’s preaching of repentance was the fruit of his encounter and dance with God in the desert.  It was the fruit of what he had been taught in his experience.  We are curious to know what happened to John, as we are curious about the “hidden life” of Jesus.  We would rather turn our eyes from the way that same mystery of surrender and acceptance is at the core of our own life.  We are invited to the same dance in the desert.  Of course, we are unworthy.  It is more than we could expect.  But it is ours for the accepting and the living.