Birth of St. John the Baptist

Homily for Birth of St. John the Baptist 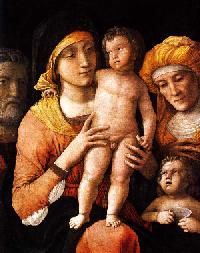 Looked at another way, going to the wilderness meant turning your back on Jerusalem, on the temple, and on the whole network of religious structures and expectations for pious Jews of the first century. It meant seeking salvation apart from the only place where salvation could ever be imagined to be found. John’s main symbol, the rite of baptism that his nickname comes from, was simply the outward sign that you radically accepted the promise of return that the wilderness held out against the assured convictions of the Temple establishment. Baptism, for the Baptist, meant that the cultic means of expiation were not up to the job of eschatological expiation. For John, the ax was already laid at the roots; there was no time anymore to lose with cult, culture, and custom.

You wonder how John knew who or what he was precursor to. How did he know how to go about going before the One the world was to follow? How did he recognize his time had come, that he had come? He himself had his doubts: “Are you the one who is to come?” John was a great one for apophaticism with regard to himself, too: “Whatever you suppose me to be, I am not.”  As our first reading puts it, John may have been called from the womb, but he was immediately concealed in the shadows; a sharp arrow, he was hid in a quiver. John must often, especially in prison, concluded that he had toiled in vain, for nothing, spent his strength for naught: truly, a voice proclaiming in the wilderness. 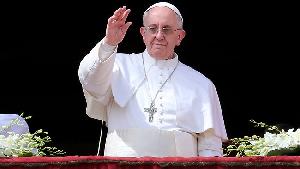 The angel had told Zechariah, John’s father, that John would be filled with the Holy Spirit (Lk 1:15). Pope Francis talks about “the sanctifying force of the Spirit that propels or even compels you to preach the Gospel. We can, I think, apply to John the precious Catholic doctrine, the sensus fidei, a supernatural instinct for discerning what really comes from God. Applying what Pope Francis says about the entire People of God, we can say that for John, the presence of the Spirit gave him a certain connaturality for the divine realities, a wisdom intuitively to grasp the design of God (see EG 119).

Even if John felt out of his depth and floundering when it came to proclaiming it. John has always been the icon of monks, our patron. It is the sense of an urgent, compelling call, certainly, but maybe more the sense of not knowing very clearly what that call’s about. The monk, too, lives in the wilderness where it is trackless and wild and dangerous as well as deeply erotically romantic: come my lovely one, come, I allure you, seduce you, and speak tenderly to you in the desert. The monk is liminal, on the edge; desert sands shift, winds blow and things that seemed solid yesterday have moved and taken on different forms today. There are mirages in the wilderness, and the monks always asks himself, as God asked Elijah, “Why have you come here?” And just as John’s signature gesture of baptism made an end run around orthodoxy, so the monk’s role in the Church has about it something of the scandalous. And so, as Jesus will say about John, so too the monk often feels about himself: “they did not recognize him but did to him whatever they pleased” (Mt 17:12). 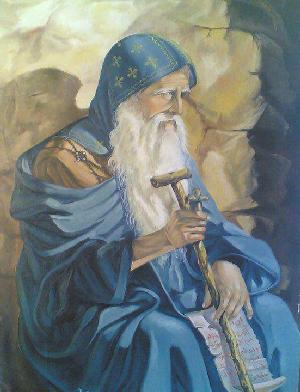 “A brother said to Abba Theodore, ‘Speak a word to me, for I am perishing,’ and sorrowfully he said to him, ‘I am myself in danger, so what can I say to you?’” (ApAlph theta 20.) The correlative to the baptism performed by John is that performed by Jesus, and the correlative to that is all the baptized, you and me. Pope Francis reminds us that by virtue of our baptism we are missionary disciples. Every one of the baptized is an evangelist. If someone has really had an experience of the saving love of God, he doesn’t need first to do a theology course to tell people about it. Saint Paul, when he encountered the Lord, “immediately proclaimed that Jesus was the Son of God” (see EG 120); and John, as Matthew has it, simply “appeared in those days preaching in the desert,” equipped with nothing but the gift of the Spirit and the profound instinct for the truth that the Spirit gave him. “Each of us,” says Pope Francis, “should find ways to communicate Jesus wherever we are. . . . who despite our imperfections offers us his closeness, his word and his strength, and gives meaning to our lives. In your heart you know that it is not the same to live without him; what you have come to realize, what has helped you to live and given you hope, is what you also need to communicate to others. Our falling short of perfection should be no excuse. . . . The witness of faith that each Christian is called to offer leads us to say with Saint Paul: ‘Not that I . . . am already perfect; but I press on . . . because Christ Jesus has made me his own’ (Phil 3:12-13)” (EG 121).

Birth of St. John the Baptist

Solemnity of the Birth of John the Baptist

At the community’s festive meal on Easter Sunday, enjoying a conversation with our Brother David, he informed me of a website on the internet called “monkrock.com,”a company recently established on the proposition that—quote: “You don’t have to be a monk to live like one.” The young man who is the founder offers the following description of his company’s mission: “I decided that I would create a brand that a person of faith could identify with or at least want to, yet a brand through which a person NOT of faith might also be drawn. I wanted to promote a lifestyle that would not please the body at the expense of the soul, or be so heavenly minded that it was of no earthly good. It became evident that this brand must be rooted in eternal things so as to never be enslaved to the ever-changing trends of the current fashion. Yet this brand must humbly serve the “cult” of man and the common good so as to reveal the likeness of God in whose image man is created, in hope that by grace through faith, truth, and charity, in solidarity, and by persuasion, to draw the saint out of every man, by helping him to be more like a monk.” 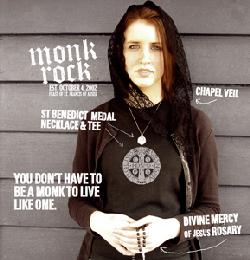 This earnest and dedicated young man, like many of his peers in the New Age movement, has strong legs and powerful lungs. He is a mountain climber; drawn to explore lofty peaks, where the air gets thin—so thin, one can scarcely breathe. Did you notice, his manifesto contains not a single proper noun. Nothing is named; no concrete particular individual thing is reference anywhere in this mission statement. It is to individuals that we attach a name and, it is individuals that bring us back down to sea level; to a world where individuals interact in time, with concrete results that can’t be reversed.

The founder of “monkrock” aspires to heavenly things and imagines he has closer contact with these in the realm of ideas. His is the manner of speaking of those consecrated to a kind of cult of generalization. Such a person can manifest certain sympathies with the Christian religion, but will generally hold aloof from the tangible realities by which this historical religion came into existence. These tangible realities are person and places and events in history. They have namesbut he is squeamish about names, preferring to speak of faith, of truth, of humility, charity, the common good, the cult of man, eternity, the soul, a lifestyle—and never mentions the name of Jesus Christ whose name is the name of the brand he is describing in each and every word of his mission statement. This religion, which will not compromise itself by stepping into the churning, fast-flowing current of history, will leave no trace there, and will be forgotten in an hour. 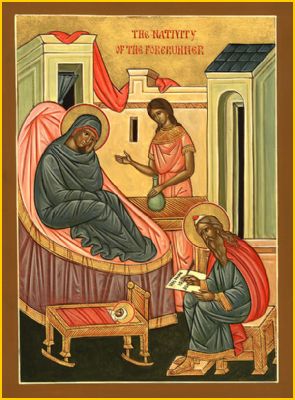 How different is our faith, whose name is “Christianity”; a name derived from the man Jesus Christ, born in Bethlehem, who was plunged into history’s dangerous waters, being baptized by John in the river Jordan who preached in Galilee, where he called twelve disciples: Peter, Andrew, James, John, Phillip, Bartholomew, Thomas, Matthew, James, Thaddaeus, Simon the Zealot and Judas Iscariot; all of whom ministered with him in towns with names like Bethany, Sidon, and Bethsaida, and who accompanied Jesus to Jerusalem where he died at the place called Golgotha and rose from the dead
in the sight of one whose name was Mary Magdalen. So many particulars; so many distinctive and beautiful names, like wildflowers adorning a meadow, all from one seed—one Name whose Name is above all names, and from whom was born the religion of the name which begins today with the birth of the Precursor. His mother tells us “His name will be John.” His father tells us why: “John—is his name.”