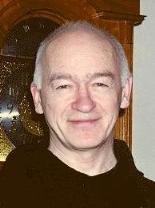 At Vigils today we heard Job blessing God despite all his trials. Blessings were very important to the men of the Bible. When Isaac blessed Jacob by mistake, he felt he could not take back his words.

One of the toasts most frequently used in Jewish festivities is l’chaim. In Fiddler on the Roof, the song adds, “To us and our good fortune, Be Merry, Long Life.” The Hebrew scriptures portray life as a tremendous gift, a sacred legacy from God where His generosity and providence break forth. From it comes many children, abundant flocks and successful harvests. The nomadic tribes always welcomed every sign of life.

In the first lines of Genesis life appears to crown the final days of creation. Trees, plants and herbs are followed by birds, animals and fish — and on the final day, man. God is venerated as the source of life, the fountain of living water. In chapter 16 of Ezekiel there is a moving parable. “You were thrown out on the ground on the day of your birth. I passed by and saw you weltering in your blood and I said, “Live.'” Christ sums up his role as redeemer by saying, “I come that you may have life and have it more abundantly.”

Yet life never came easily to the children of Abraham. From slavery in Egypt they find insecurity in the desert. Arriving in the promised land, they are forced to do battle with neighboring tribes. Having elected a king they experience corruption and weakness of those in power. As a final blow their temple is destroyed and the elite are led away in chains to Babylon. It is a crisis of faith and absence, land destroyed, young men killed or taken into slavery and ruin everywhere. The five poems in the Book of Lamentations graphically describe the chaos and woes mentioning death much more than life. In spite of all the suffering, suicide is not an option. In fact there is no word for it in the Bible. This could surprise us as suicide is the eighth leading cause of death in America, and the first for young Irish males. Even in the winter years of Israel, life continues to be treasured as a gift from God.

During the Exile the canon of the Hebrew scriptures was drawn up and some books added to it, not without difficulty. The school of Hillel branded as “books that defile the hands: The Song of Songs, Proverbs, Esther and Ecclesiastes. These last two barely made it into the canon. Many Jews were scandalized at some of the ideas found in these books.

The most controversial was Ecclesiastes, the book we heard during the reading at Vigils last week. Some claim it favors pessimism, other hedonism and still others a philosophy of joy. Every attempt to find a common theme has failed. The teachings are in constant tension with one another.

A truth is stated only to be qualified by a fact of life that contradicts it. The author says, “My mind had broad experience of Wisdom and Knowledge, yet when I applied my mind to know wisdom and knowledge, madness and folly, I learned that this also is a chase after the wind.” In this way all the statements are relativized. “Neither of the wise man nor of the fool will there be an abiding remembrance. Some describe the text as a philosopher’s notebook, a gathering of literary fragments. There is unity of mood rather than form. The most remarkable feature of the book is the spirit of free inquiry. Ambiguities and even contradictions abound. “All toil and skillful word is the rivalry of one man for another.” Chapter 4 has “the dead are more fortunate than the living, but in Chapter 9, “A living dog is better than a dead lion.” A refrain repeated seven times is “Eat, drink and enjoy your portion of good things,” — followed by “Everything is vanity or Absurd and a chase after wind,” added six times. We can easily sympathize with the misgivings of the students of Hillel.

For all that some new theologians believe that this book may have a special appeal to those we term Generation X. In the 60’s, some verses from Chapter 3 were used for the song, Turn, Turn, Turn: “There is a time for every season under heaven.” Now the same book may be a guide to those of a later generation.

First of all, to those who experience a crisis of absence. Ecclesiastes encourages a suspicion of established norms or institutions. Wealth, wisdom and pleasure cannot by themselves bring happiness or fulfillment. Through an extensive use of irony the author, privileged to wide study and enjoy the best of life, deems it “a chase after the wind.” When the author mentions vows and the temple, he is respectful yet one senses distance as he points out God is in heaven and you are on earth. He encourages us to listen rather than to speak. Generation X has possibly seen too many political and religious scandals, job insecurity and social break down of the family to easily put faith in structure. One writer, Tom Beaudoin, claims, “That most fundamental question is, ‘Will you be there for me?’ The frailty that we perceive threatening all these relationships provokes us to continually ask this question.” Aware of the weakness of traditional structures, Generation X can identify with the frustration of Ecclesiastes.

Secondly, Generation X values personal experience over education or learning. Truths acquired through self discovery have greater relevance than those of tradition. Time and time again the author points out, “I applied my mind to search and investigate — I considered — I have seen all things — All these things I probed in wisdom. Never once does he quote Biblical leaders or wise men to buttress his arguments. To the traditional belief that the good are rewarded and the bad punished, Ecclesiastes replies, “I have seen a just man perishing in his justice and a wicked man surviving in his wickedness.” The absurdity of the present social order — something younger generations are always quick to point out — demonstrates the limitations of wisdom to steer a straight course towards prosperity. Often their rebellion masks deep disappointment. Their ideals are not shared or even valued.

The third point that General X would find in Ecclesiastes is meaning in ambiguity. Beaudoin writes, “Both our experience and our imagination of ourselves are characterized more by incoherence than coherence, more by fragmentation than unity.” Could this explain the fascination with the “Gothic look:” black clothes and chalk white faces — body piercing and other current fashions? Truth at times cannot be contained in a single statement. A love-hate relationship with the political and academic world may be best expressed in ambiguity — admitting easily that the time is not yet ripe for a final decision. Voicing frustration does not mean giving up hope of finding the best solution.

Ecclesiastes ends in a powerful description of old age and death. “Strong men are bent — they who look through the window are blind — the dust returns to the earth and the life breath returns to God. Somehow the text seems to lack something vital and essential. Ultimately the book underlines a feeling of absence. Human longing cannot be satisfied with pleasure or wisdom. Ecclesiastes proves that human existence is powerless to achieve enduring happiness. In highlighting the limitation, the book prompts its readers to ponder other options. John McKenzie writes, “in a certain sense the book postulates the future life as an answer to its problems and is an indirect vindication of this belief.” Could it be that Ecclesiastes conditioned Jewish minds to grasp Daniel’s vision of a life beyond the grave — the hope that strengthened the young Maccabees as they made the supreme sacrifice. Thus the unending quest for answers enables the reader of Ecclesiastes to prepare for the greatest gift and accept fully the words of Christ. “I am the resurrection and the life. Whoever believes in me will live.”