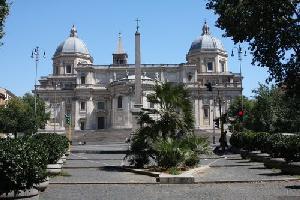 Today we celebrate a great tradition, churches dedicated in honor of Mary, churches that our Lady herself often asked to be built. There’s a legend that Mary appeared and asked that a church be built on one of the Seven Hills of Rome.  She would show the exact location by letting snow fall on the site during a hot Roman summer night. And so it happened. The church became known as Our Lady of the Snows.

But there’s another reason why that church was named in honor of Mary. Bishop Nestorius rejected the teaching that Mary is truly the Mother of God. He denied that she could be called Theotokos, the God-bearer, and he forbade people from using that title. The people did not agree. Their own understanding of the faith taught that Mary truly is the Mother of God. 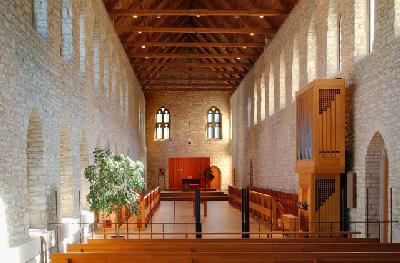 So, an Ecumenical Council was held at Ephesus to resolve this conflict over the Church’s faith. It declared that Mary truly is the Mother of God and Theotokos.  In remembrance of this momentous definition of faith, Our Lady of the Snows was renovated and dedicated as St. Mary Major, because it was the largest Roman Church dedicated and named in her honor.  Carrying on this beautiful tradition, our monastery and this beautiful church in which we celebrate the Eucharist every day is also dedicated to Mary and is properly called Our Lady of New Melleray.