Homily for the Exaltation of the Holy Cross

Where is the true cross of Christ to be found? In 1982, Leonid Brezhnev, who was head of the Communist party in Russia for eighteen years, died. Vice President George Bush attended the Soviet leader’s funeral. His attention was drawn to Brezhnev’s widow who stood motionless by the coffin while people paid their last respects. She had a look of determination on her face, the kind of look people have before carrying out a very important decision. When the wake ended soldiers approached to close the lid of the casket. Suddenly, Mrs. Brezhnev turned in front of them facing the casket. Standing above her deceased husband she performed an act as courageous in that center of atheistic power as the protest actions of Aleksandr Solzhenitsyn. In front of everyone, the wife of the man who had been the most powerful person in the Soviet Union stretched out her hand and made a large sign of the cross on her husband’s chest. By this sign she expressed her defiance of the disbelief that surrounded her, and gave witness to her faith and hope that the man she loved could be saved by the power of Christ crucified. On that day the cross of Christ was found drawn on the chest of Brezhnev. 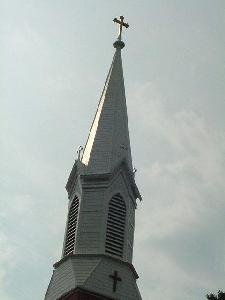 Where else can we find it? Author Philip Yancey, in his book The Jesus I Never Knew, reflected on the different symbols used by the great religions. Hindu temples have elaborately carved, brightly painted images depicting thousands of gods and goddesses. Muslim mosques contain no images, only a soaring minaret pointing skyward toward a distant Allah. Buddhists have gilded statues of Buddha, his rigid posture and sly smile signifying deep inner peace impervious to suffering. Christian churches, like Muslim mosques, also have soaring spires pointing heavenward, but on the top there is always a cross that marks the way by which heaven is opened for us. At baptism we are signed with the cross on our foreheads. Throughout life we continue to draw the sign of the cross on ourselves thousands of times. The crucifix is found on the walls of our homes. Whenever I take a candidate on a tour and walk through the carpenter shop, Larry Smith always offers the guest a small wooden cross that he has made from our lumber, a gift that is much appreciated. The cross of Christ is right here. It is next to our altar, and it is carved twelve times on the stone walls of this Church. It is attached to the rosaries in our pockets. It is found all around us. 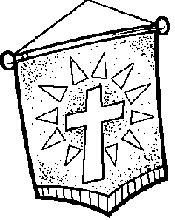 How did this scandalous instrument of torture and death come to be found everywhere? How did Rome’s most grisly symbol of cruelty become transformed into our favorite public symbol of God’s love? Christians in the first three centuries avoided even simple representations of the cross because of the opprobrium associated with crucifixion. The ignominy of Christ dying naked on the cross was too painful for public display. Then in the year 312, young Constantine, hardly twenty-four years old, sought to consolidate the power he inherited from his father. He advanced with an inferior army to do battle with his stronger brother-in-law, Maxentius, at the Milvian Bridge over the Tiber river. Before that great battle he had a dream of a luminous cross suspended in the sky, and he heard these words, “In hoc signo vinces,” In this sign you will conquer! He immediately ordered his soldiers to paint crosses on their shields. The next day he defeated Maxentius in one of the most decisive military battles of history. Overnight, the cross became a sign of victory, and Constantine forbade any further crucifixions. He found the cross of Jesus in the skyor rather, the cross of Christ found him.

Homily for the Exaltation of the Holy Cross

We just finished reading the prophet Amos at Vigils in which the Lord asks Amos “What do you see?” several times.  This is a question the Lord poses to other prophets as well.  What do you see?  A basket of fruit, a plummet, a cauldron spilling over.  Perhaps this is a question we should carry with us in our life.  We need to stop and look at a deeper level than the information we derive from what is obvious, what is evident to all.  The real meaning of some events only manifests itself when we take the time to look deeply, to allow the meaning to penetrate our awareness and resonate within us.  This is a contemplative attention which is affected and changed by what it sees. 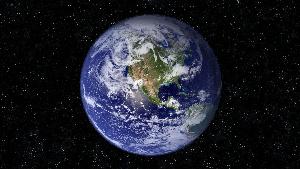 We can return to great works of art, great music and books over and over again and find new insights and appreciation.  Something changes in us which allows us to see new depths and dimensions we had overlooked before.  Our image culture constantly confronts us with pictures that are so startling that they have become iconic: the picture of the earth from outer space; the forced expulsion of the Jews from the Warsaw ghetto; high-jacked planes flying into the World Trade Center on 9/11.  These works and images confront us with questions we cannot answer.  They take us to a level where there are no quick explanations.  The reveal the overwhelming and incomprehensible forces which threaten the order of our lives.  What do we see?  The seeing is immediate and visceral.

Our experiences of tragedy and loss, of strangeness and injustice, make us feel the bite of seraph serpents: poisonous and toxic embodiments of evil and destructiveness that slither under our feet.  Our impatience, our unwillingness to suffer and wait, invite these expressions of evil to sink their teeth in us.  We might even have thought we could tame them and train them to our own purposes. 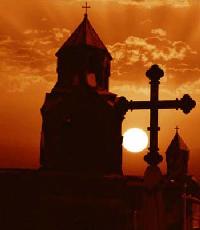 The cross is raised so that we might see it.  What do you see?  Do we see God’s revenge inflicted on the one capable of bearing it?  Do we see our own sin in him whom God made sin for our sake?  And if we see our sin, do we see (and become changed by) the love which consumes that sin?  Are we changed and healed by what we see? Can we look at the reality of sin with unblinking eyes and acknowledge the intolerable contradictions it has spawned within human history?  Do we see human injustice squarely met by the justice of God which takes the form of invincible love?  Love bears all things, hopes all things, and endures all things.  The eternal and irresistible love of God has taken human form on the cross. Love is born and created in suffering.  The venom of the seraph is nullified by this love.  What do we see?  The cross is unfinished business.  It continues to question us and the world.  We are called to fill up what is lacking in the suffering of Christ, i.e., our own response and transformation.  By this belief, we find the eternal life of God alive in our hearts.

Israel’s experience of the Exodus and sojourn in the desert has been used as a model of Christian life since the beginning of the Church. Before Christ, the prophets expressed their call for the renewal of Israel’s fidelity to God in terms of the need for a new Exodus and return to the desert. Even apart from a specifically religious understanding, Israel’s Exodus and desert experience brings to light a common human experience. We are attracted to a goal and begin to work toward its realization. However, when progress toward our goal becomes drawn out and puts demands on us that we did not expect, we can easily become discouraged. We may decide to accept something less than what we originally hoped for, or we may give up altogether and decide that the goal wasn’t all that important anyway.

God delivered Israel from slavery in Egypt and called them to a life of freedom; but as Israel learned and as we learn, the road to freedom can be long and demanding. Israel was called not only to freedom from Egypt, they were called into the freedom of being God’s people. This meant more than a change of geography. It meant learning to trust in God for all they needed in all the circumstances they encountered. It didn’t take long for Israel to become weary with God’s care for them and long to exchange their freedom for their former slavery in Egypt. 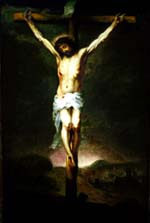 We too are called to freedom; a freedom beyond the conventional understandings of freedom. We are called to the freedom of the sons and daughters of God; a freedom we realize by our incorporation into God’s Son, our brother, Jesus Christ. So far, so good; but do we realize what this means? Jesus Christ is not simply an ideal to look toward and admire. We are incorporated into Christ by living out his life and his attitudes in our contemporary situations. We are called to perseverance in walking in the path Jesus walked. We are called not to give up in the face of misunderstandings and rejection in imitation of Jesus who experienced the rejection of his message of God’s love for the world, and misunderstanding even by his closest disciples. And more. We are called to take up our cross each day and follow Jesus in his self-emptying sacrifice which was the expression and realization of God’s love for the world he created and that then rebelled against him.

Without the cross Christianity would be only another ethical teaching; admirable, but incapable of healing the breach created by Adam and Eve’s rejection of God and our own complicity in it. As followers of Christ we too are called to bring God’s love for the world into existence by sharing in Christ’s cross. God calls some people face severe trials of suffering. For some of us the trials that put us to the test are the day to day disappointments and frustrations that don’t become resolved and that don’t go away. Whatever form the cross takes for us, we will need faith and hope in order to respond in love. Our faith is in Jesus Christ the Son of God and Savior of the world. Our hope is to share in his glory by sharing in his cross.