St. Peter today tells us to “clothe yourselves with humility” and to “humble yourselves under the mighty hand of God.” He then immediately promises us God's favor, and invites us to set aside our worries, reminding us that God cares for us.

St. Peter knows insecurity is at the heart of the human condition. We sense our very limited self-sufficiency. We are intensely aware of our inadequacies. The sensed inadequacy is not a sign of low self-esteem; it is the truth! Only dependence on the Creator will give a sense of sufficiency and security.

Humility is living in the truth; it is submitting to the truth. It is living the human condition of inadequacy and dependence with clear awareness of what matters most. 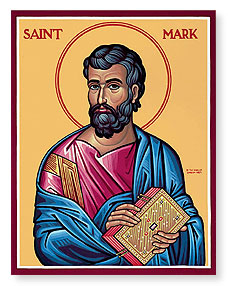 G. K. Chesterton described it best when writing about the wandering Israelites: “. . . a covenant with God opened up a clear deliverance . . . they believed themselves rich with an irrevocable benediction which set them above the stars; and immediately they discovered humility. It is always the secure who are humble. “

When the Israelites realized that they would be cared for in their inadequacies, they could submit. We notice, too, in Chesterton's insight the importance of community. St. Peter stresses this, also, when he tells us to be “steadfast in faith, knowing your brothers and sisters throughout the world undergo the same sufferings.” This is very important. Security comes from a willingness to suffer. Such willingness is unlikely to develop if one feels unloved by being alone with his inadequacies in a world of people who seem adequate. When St. Peter tells us to remember that others are undergoing the same hardships, he is creating identification. Identification always precedes persuasion. Security makes us willing to suffer for the sake of something greater than self. In other words, we must be “steadfast in faith.”

Steadfast faith makes one perceptive and receptive of love… and love makes us willing.

A few years ago, I saw a four year old girl sitting on a kitchen floor playing computer games. I thought: “If she could learn how to use a computer, maybe I can too.” I’m trying, but kids are still way ahead of me. They even think in computer language. One young boy, praying the Our Father, said at the end, “Lead us not into temptation, but deliver us some e-mail.”

When this boy learned the Lord’s Prayer, he heard what was familiar to him: e-mail rather than evil. That can happen to us as well. When we hear what Jesus is saying through the filter of our own familiar culture, we might miss the enormity of his challenges and warnings.

To deliver us from evil Jesus said, “If your eye causes you to sin, pluck it out. If your hand or foot causes you to sin, cut it off. It is better to enter heaven with one eye, hand, or foot than to be thrown into Gehenna, where the worm does not die, and the fire is not quenched.” Contemporary commentaries do not take these words literally. Evil does not come out of our hands, feet, or eyes, but out of our hearts. This saying of Jesus is interpreted as a metaphor about excising evil habits, abandoning illicit pleasures, guarding our thoughts, and cutting off unruly passions. 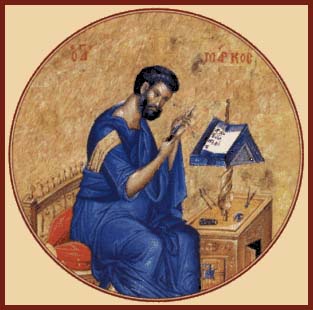 But, to receive this warning of Jesus as a metaphor about interior mortification misses the full gravity of his challenge. Jesus spoke these words when he was on the road to Jerusalem where he would experience the ultimate struggle with evil on Calvary, and sacrifice not just an arm or a leg, but his whole body by crucifixion.

When St. Mark wrote his gospel for the community in Rome it had endured severe persecution under the emperor Nero. Peter had been crucified, Paul was beheaded. Many Christians were burned as lanterns to light the paths through Nero’s gardens at night. For a community suffering in a culture of persecution and following the crucified Christ, being willing to cut away a hand, a foot, or an eye was a metaphor not so much for interior sacrifices but for the ultimate sacrifice of one’s whole body, and life itself. The enormity of this challenge of Jesus directs us to lose our lives, to die, to be martyrs, to suffer anything rather than be separated from him by the stumbling stones that are put in our paths.

And, of course, that is beyond our strength. We need the grace of a martyr’s love. In our culture we might not be called to the act of martyrdom, but we are called to have the heart of a martyr. To receive such a gift Jesus urges us to ask for it every day. In the apocalyptic discourse within Luke’s gospel Jesus says: “Watch at all times, praying that you may have the strength to escape all these things that will take place, and to stand before the Son of Man” . Our final deliverance from evil will not be an escape from dying, but an escape by dying to enter into the outstretched arms of Christ Jesus. 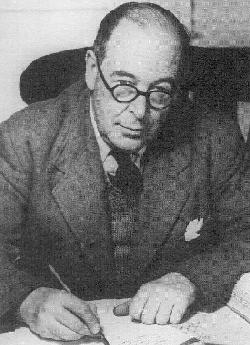 Perhaps someday the young boy who wanted our heavenly Father to deliver us some e-mail will discover that God has done something far greater: he has sent his Son as a letter written on our hearts by the Spirit of God forming us and challenging us by words of life that lead us to the kingdom of heaven.

One of the most dramatic and world-renowned shifts from “I” to God is the conversion of C. S. Lewis. This little man, who held the chair of Medieval and Renaissance Literature at Cambridge, sat in his study without typewriter or secretary and penned the great masterpieces which made him perhaps the most broadly read Christian writer of the past century. C. S. Lewis was an agnostic, but was Surprised By Joy—the title of a book in which he tells about “The Shape of My Early Life” as Christ replaced the “I” in his life. C. S. Lewis describes the exchange between self-will and God’s will in Beyond Personality (and his words are a challenge to you and to me): Christ says, “Give me all. I don’t want so much of your money and so much of your work—I want you. I have not come to torment your natural self, but to kill it. No half-measures are any good. I don’t want to cut off a branch here and there, I want to have the whole tree down. I don’t want to drill the tooth, or crown it, but to have it out. Hand over the whole natural self instead. In fact I will give you myself, my own will shall become yours.”