Homily for the Feast of the Apostles Simon and Jude

If we were to choose twelve apostles would Simon and Jude make the cut? We hardly know more than their names. Simon the Zealot, and Jude the son of James, also known as Thaddeus or Judas, patron saint of impossible cases, of hopeless situations. Having the same name as Judas the traitor, few people invoked him for anything, unless they were absolutely desperate! And Simon the Zealot is so undistinguished that hardly anyone knows he is the patron saint of carpenters, having suffered martyrdom by being sawn in half. How strange of Jesus to call such obscure men to be his apostles. What was he thinking? 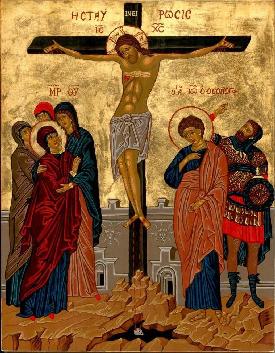 What if we were to select twelve apostles, who would we choose? Wouldn’t John the Baptist be a great choice? Among those born of women there was none greater . A fearless defender of the truth, he would have been a great missionary if Jesus had called the Baptist to be an apostle and protected him from Herod’s axe! And Mary, Mother of God and of the Church, what a perfect choice she would be. In the Body of Christ there is no longer male and female , for we are all one in Christ Jesus. Choosing Mary would have opened the way for women’s ordination. She would have been at the Last Supper, ordained with the others. And Mary Magdalene, another woman, this one a repentant sinner. How many of us identify with her, and take courage from her example of conversion! She not only provided sustenance for Christ and the apostles during the public ministry of Jesus, but she also stood bravely at the foot of the cross side by side with Jesus’ mother. Women disciples outnumbered men four to one at the foot of the cross. How fitting it would be to have women numbered among the apostles.

Let’s not leave out Simon Peter, he’s still a good choice. Even though he denied Jesus three times he also repented and expressed his love for Jesus three times. He’s just too loveable in his bravado and for putting his foot in his mouth, like so many of us. And of course St. Paul is an obvious choice. He even called himself an apostle to the Gentiles.

He was a great rock after his conversion, more solid than Peter himself. How many Christian lives would have been spared if Saul had been called at the beginning of Christ’s ministry instead of after his resurrection! Would Paul not have been a terrific pope with his clarity of vision, his zeal in the face of persecution, and his profound theological teachings? Peter and Paul have been united down the centuries, why not unite them among the twelve? And the next four are obvious choices: Matthew, Mark, Luke, and John: the four evangelists. Matthew and John are already apostles, but Mark and Luke probably never met Jesus personally. How much more would they have written about Christ if they had been among the original twelve? Perhaps they would have collaborated together and produced a more uniform account of Jesus ministry, and spared us the Synoptic problem of who wrote first and who borrowed from who. Being there from the beginning of Jesus ministry, they could have put everything in writing right away, thus eliminating several decades of strictly oral tradition which has caused a good number of Scripture scholars to wonder what are the truly historical words and deeds of Jesus?

And for the last three in our revised list of twelve apostles: Stephen the protomartyr, Nicodemus the Pharisee, and Matthias are outstanding choices. Stephen, for his preaching and witness by being the first Christian destined to die for Jesus; Nicodemus, who could have prevented authorities from ever saying, “Have any of the Pharisees believed in him?” ; and Matthias, who replaced Judas the traitor. Think what scandal could have been avoided if Matthias had been called from the beginning instead of Judas! 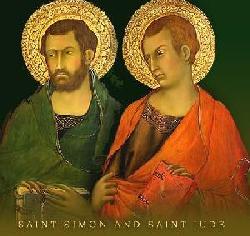 But God’s thoughts are not our thoughts, his ways are not our ways. What is striking about Simon and Jude and the other apostles is how ordinary they were: none had higher education, none were influential movers and shakers in the upper social class. They were not chosen because of their holiness or great faith, for they were men of little faith. Only one was wealthy and that was ill-gotten gain, none were called from among the women who were so close to Jesus’ heart, or to be representative of the diverse peoples that form the Church. From this we may learn an important lesson: let God be God, let his will be done, let us walk contentedly in the way as he has designed it. For whether Jew or Greek, male or female, slave or free, we are all one in Christ. We have all made the most important cut, the call to be sharers in God’s divine nature, to be holy because of God’s presence within us. That is what the apostles Simon and Jude were sent to announce, and to give their lives as witnesses that God’s plan for us is entirely one of love.

Very little is known about Saints Simon and Jude. Jude was also known as Thaddeus. Jude Thaddeus is known as the saint to appeal to for “impossible causes.” This is thought to be because his name reminded people of Judas Iscariot. Thus one would pray to all the other saints for intercession and, when desperate, he was the saint of last resort.
What is most important about Simon and Jude is that they were martyrs. They knew what they were about; they had integrity.

The last verse of the prologue of the Rule of St. Benedict, verse 50, calls us to martyrdom — or better put, to integrity—to giving our lives for the sake of something greater. Integrity is a better word because we do this not by shedding blood, but by “preferring.” A martyr—a person of integrity—is a witness and this witness is manifested by what he prefers and the circumstances under which he prefers it. He stands for something.

A principal manifestation of preference is perseverance. A monk is called to “prefer nothing whatever to Christ” and to persevere at that “in the monastery until death.” Verse 50 of the Prologue says the monk does this by “patiently sharing in the sufferings of Christ.” Those sufferings are the “letting be” of His single-minded, single-hearted devotion to the Father and putting up with whatever opposes it. In preferring Christ and in sharing in His sufferings, the monk is doing something personal and private: he is standing by his deepest convictions; the ones that brought him to New Melleray. Part of integrity, then, is standing by principles that tell a man what he is and is not. 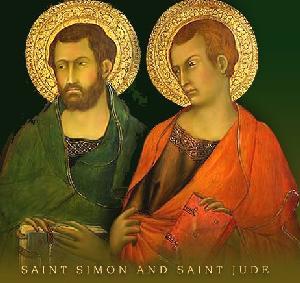 The other part of integrity—the part that makes the saints worth remembering—is that the man or woman of integrity stands for something. This tells others what he is and is not. He takes a stand for and before a community of people who are deliberating about what is worth doing. Our Holy Rule tells us what is worth doing. It is for each monk to stand by the Rule by making its teachings his deepest conviction. And it is for each monk to stand for the Rule as a witness to newcomers, brothers, and visitors that one’s way-of-life matters. Benedict says we live out this integrity by patience and perseverance.

Patience and perseverance are powers. They are given by the Holy Spirit specifically for the purpose of going to the Father. We open ourselves to these powers by our vow of stability. Michael Casey says “stability is the result of an enduring act of the will giving assent to God’s grace.” Integrity is that enduring act of the will. It is a result of making a “high quality choice.” That choice comes from a formation program that affords counsel, reflection, and discernment in a community that models integrity.

When thinking about the apostles I doubt that the names of Ss. Simon and Jude would be the first to come to mind for very many if any of us. Even after adding oral tradition to the gospels we know very little about them other than the fact that they were called by Jesus to be apostles. Simon is given the surname “the Zealot”, but it is not at all clear what this meant at the time of Jesus. He may have been in someway involved in opposition to the Roman occupation of Palestine, but it would go beyond the evidence to say he was a revolutionary or a resistance fighter. The designation may not even refer to politics. A New Testament epistle is attributed to Jude, but there are at least two other Jude’s mentioned in the New Testament and the name would have been fairly common in first century Judaism. We can reasonably ask, then why are we gathered here this morning to celebrate their memory? I think the answer to this question lies in the little that we do know about them.

They were called by Jesus to be apostles. They didn’t just happen to be around when Jesus was choosing some disciples to be his apostles; and Jesus did not choose the twelve from those disciples who happened to be around at the time. Jesus spent the night in prayer before selecting the twelve apostles, and he called his disciples together from whom he made his choice. Jesus’ choice was deliberate, even though we do not know the motivation behind it. I think we can take encouragement from this. How many of us are well known outside our communities and our families and our circle of friends and acquaintances?

In this morning’s first reading St. Paul tells the Ephesians that they are being built up into a temple, a dwelling place for God in the Spirit. A building is a complex structure and is made up of a variety of components. Some are prominent; some are unseen. It would be a mistake to think that the unseen components are unimportant, although we will be more likely to focus our attention on the prominent features of a building. When it comes to prominence most of us have more in common with Ss. Simon and Jude than we do with the better known disciples. It would be a mistake to fall victim to a false humility and think that we are unimportant because of that. Earlier in the letter to the Ephesians St. Paul states that we were chosen by God in Christ before the foundation of the world. Whatever the superficial appearances, we didn’t just stumble into our lives. God has chosen us and he has chosen us for his purpose.

Each of us has been entrusted with a share in the Church’s mission of announcing the coming of the kingdom of God into the world and to some extent making it present in our life situations. The final revelation of what the kingdom of God will be lies hidden in God’s designs, and will be revealed only at the final coming of Christ. Until that final revelation we do not know how our individual contributions will fit into God’s plan. Our task now is to accept with gratitude the work we have been given, and in faith and hope follow the Holy Spirit’s guidance in fulfilling our service.