Feast of the Assumption the Blessed Virgin Mary 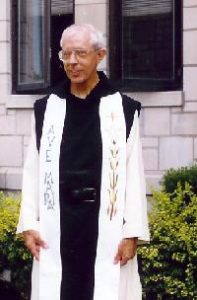 Who was greater? About two-thousand and fifty years ago, in the seventh year of the reign of Octavian as Caesar Augustus, ten years after the suicides of Mark Anthony and Cleopatra, in the eighteenth year of the reign of Herod the Great, King of the Jews, during the time when the Pharisees Hillel and Shammai ruled the Sanhedrin, in the last year of the life of Virgil, the Roman poet, a child was born to Joachim and Anne. And the child’s name was, Mary. But she was never called “Mary” because she was Jewish. In Hebrew her name was pronounced Miriam.

A child was born to Joachim and Anne, and they called her Miriam, the same name given to the sister of Moses, a name that means rebellion—very fitting for the sister of Moses who grew bitter and rebelled against his authority. Not very fitting for Mary, who said to the angel, “Let it be done to me according to your word.” There are two other meanings that are more fitting. The first is from the Arabic word maram, meaning a wish—the wished for child. The second is from the Egyptian word mer, meaning love, or the beloved. Mary, Miriam, is the wished for child of Joachim and Anne. She is the beloved of God. Who was greater: Moses, Joachim, Anne, or Miriam?

In the secular history of her times she is of no significance. The story of Mary, queen of heaven and earth, finds no room next to the story of Cleopatra, the last queen of Egypt, who had taken her own life ten years earlier. Mary, the queen-mother of a Son whose empire endures forever and reaches to the ends of the earth and the universe beyond, goes unnoticed compared to her contemporary, Caesar Augustus, the first emperor of Rome, an empire that collapsed five centuries later. Who was greater: Cleopatra, Caesar Augustus, or Miriam? 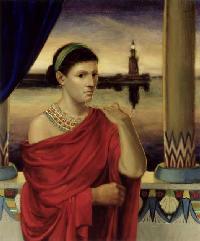 Two great events took place in the year 20 BC. King Herod the Great announced his plans to renovate the Temple in Jerusalem and to double the size of the Temple Mount. But the true Lord of the Temple had plans for a greater event. It was at this time Mary was born, whose womb and heart Yahweh prepared to become a living Temple for his Son. Part of Mary’s childhood years were spent in Jerusalem. As construction of the Temple Mount was progressing, Mary also was growing up in its shadow. No one suspected that the little girl who stood awestruck gazing at the huge magnificent ashlar stones of the Temple Mount was herself God’s chosen dwelling place. About seventy-five years after Herod’s death the Temple would be leveled by the Roman army, but Mary, a living temple, was assumed into heaven, body and soul, unharmed by human nature’s fallen condition.

Today nothing remains of King Herod the Great’s renovation except the great stones of the Temple Mount. But nearby is the place where the home of Joachim, Anne and Miriam is commemorated by the loveliest church in Jerusalem, the crusader’s church of St. Anne’s, built during the lifetime of St. Bernard. It stands near the healing waters of the pools of Bethsaida, and it is a short distance from Herod’s military fortress, the Antonian, named in honor of Mark Anthony. When King Herod rode by with his retinue of soldiers going to and from the Antonian, he took no notice of Miriam watching him by the wayside. But one day her child would strike such fear in his heart that he ordered the massacre of all boys in Bethlehem two years and younger. Who was greater: Herod, Mark Anthony, or Miriam?

Secular history did not record the Assujmption of Mary. Nor did the contemporary Jewish literature. Instead, it focused on the greatest Jewish sage of those times, the Pharisee, Hillel. He was about forty years old when Mary was born, and he lived another forty years. When asked to teach the entire Law while standing on one foot, Hillel replied with a line from the Book of Tobit, ch. 4:15: “What is hateful to you, do not to your neighbor.” Then he added, “This is the entire Torah, all the rest is commentary.” Mary learned the golden rule of Hillel and taught it to her Son. Jesus, in turn, taught it to his disciples in the Sermon on the Mount, “Do to others as you would have them do to you.” Everyone knew Hillel and his teachings, hardly anyone knew Mary. Yet, ten years after Hillel’s death Mary taught us another golden rule at the wedding feast in Cana. She said, “Do whatever he tells you.” Jesus is our way to the heavenly Jerusalem. To obey him is to fulfill the entire Sacred Scriptures. Who was greater: Tobit, Hillel, or Miriam? 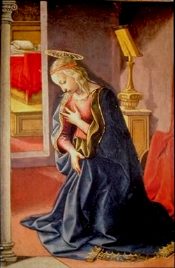 About the year Mary was born, the poet Virgil completed his epic poem, The Aeneid, about the founding of Rome. The poem and the city still endure. At Mary’s birth, however, Yahweh laid the foundations of a new and better city, a city of God, a living bride shining with the glory of her divine spouse. When all the terrestrial cities of every civilization have been destroyed by fire and turned into dust, the heavenly Jerusalem will go on shining forever with Mary as its queen. Who was greater: the founders of Rome, the poet Virgil, or Miriam, mother of the new Jerusalem?

On August 15, in the year 64 A.D. an event took place that will never be forgotten.  Not the Assumption of Mary into heaven, but the beginning of the first terrible persecution of Christians by Emperor Nero.  He blamed them for the great fire that burned to the ground eleven of the fourteen districts of Rome.  Nero himself was responsible for the fire, so the people became menacing in their desire for revenge.  But he cleverly diverted their anger against him by blaming Christians for starting the fire.   Saints Peter and Paul died in that persecution.  Who was greater: Emperor Nero, the martyrs Peter and Pau, or Mary assumed into heaven this day to be Queen of the Universe?

When Christianity spread beyond the borders of Palestine the name Miriam was translated into Latin, Maria. St. Bernard taught that the name Maria comes from the Latin word for a sea, maris. “Maria,” he writes, “is our star of the sea,” for just as a star guides sailors on the sea to the port of safety, so Mary guides Christians to her Son. Let us rejoice because Miriam, the beloved of God, Maria, the star of the sea, was assumed into heaven today.  Who is greater: St. Bernard, Miriam, or her Son, Jesus? “Behold,” said Mary, “I am the handmaid of the Lord.”