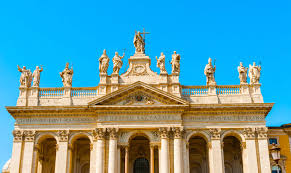 The hour had come to assassinate Emperor Nero. The boy who began to rule the Roman Empire at the age of 17 was now 28 years old. He had already killed his royal mother, and his first wife, Octavia, and his own mistress, Sabina.  Provinces were in revolt because of his oppressive taxation.  Some senators were preparing to carry out a coup d’état when their treachery was uncovered. The failure of their plans caused the fall of many royal families in Rome including the owners of Rome’s most beautiful palace, the Lateran.  Angry at the attempt on his life, Nero put the conspirators to death, confiscated their property and began torturing and killing Christians. 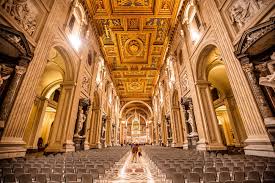 Persecutions continued for the next 240 years.  The Eucharist had to be celebrated furtively in private homes or in catacombs until the conversion of Constantine in 312 A.D. He granted religious liberty to Christians and gave them the Lateran palace. This is where popes would be consecrated and live for the next thousand years.

An octagonal baptistery in honor of St. John the Baptist, and a large basilica dedicated to Christ the Redeemer, were built next to the Lateran palace.  Pope Sylvester consecrated them on Nov. 9, in the year 324 AD. Our freedom to worship in this beautiful church of New Melleray really began on that November day so many centuries ago. 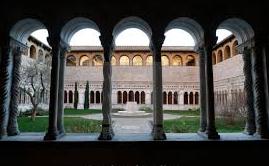 So today the archbasilica of St. John Lateran is honored as the first Christian church, the mother of all churches, the first place where Christians could celebrate the Eucharist in public with complete religious freedom as we are doing here this morning.