Some of the monks have been cleaning out a basement room at one end of the house. The room had been a refuge or sanctuary for unused and unneeded articles that time and everyone else forgot. Anyone want a karaoke machine? Some Polaroid cameras or Kodak brownie cameras? A record player once proudly known as a “Victrola?” Mostly just obsolete items that have had their day. New technology rapidly makes yesterday’s innovation obsolete. Unuseful, unwanted. But its not just machines or techniques that become obsolete. We become obsolete. Someone said there are four ages of the human person: infancy, childhood, adolescence, and obsolescence. My sister sent me a New Yorker cartoon of a doctor reading the results of tests to a patient: You will outlive your usefulness. My sister also described her mixups and befuddlements going through airport security and leaving scanned objects on the counter. She is an experienced traveler, but also in her 80’s. She is becoming obsolete.

We are all subject to the painful awareness of a growing gap between what we want to be or do and what we can do. Sometimes it is just age that sounds the alarm of grinding gears. At other times, it is a conflict between what we have been doing and a yearning for a personal truth and authenticity. Midlife crises sprout up where cracks and crevices develop beween our acquired roles and persona and the emergent desire for a life which grows from our personal reality. It usually does take a crisis to jolt us into what is called a “second conversion.” It is hard to disrobe ourselves from what had served us so well, but which has now become inadequate, counterproductive, or obsolete. 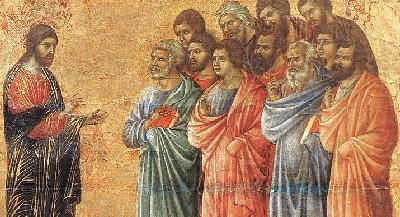 We have recently been discussing in community the letter from the Congregation for Institutes of Consecrated Life entitled New Wine in New Wineskins. The letter insists on the need to renew structures, in addition to hearts, if it is to produce real and lasting change. Old habits that have been sanctified and fossilised. With their rigidity and inability, these habits resist acutally adapting to this ongoing renewal (p.7). It even calls it tenacious resistance. The tendency to resist change and maintain its self-understanding and coherence is typical of all stabilized systems (p.16). What is true of organizations is also true of our personal lives. It is easier to firm up an external defense system than to look seriously at why it is no longer providing an environment in which our spirit is given authority to breathe freely in openness and courage. The spirit cries out for a congruity between internal desire and external forms. The difference between what is being put forth interms of values and what is actually experienced can even lead to a crisis of faith (p. 16). Theories, rationalizations, or structures can split us from the reality of lived experience. They may become a substitute for passing through a crisis of transformation.

The Gospel has the potential to draw our stories of hesitancy and frustration into a transforming story which reveals God’s immersion in our lfe and history. The text underscores three movements which are relevant to this new story, First, it interprets this experience as a journey. Take nothing for the journey. The sandals and walking sticks connect this journey with the Exodus journey of Israel out of slavery and through the desert. Our story is part of a long story of God’s training in real freedom. Our real freedom comes through displacement at every level, not through the mansions we can cram with supplies and security. The unfolding of our lives spans beyond the definitions of our past and is energized by the horizons towards which we are moving. The future is more important than the past. We are transformed and changed in the very journey — not by being knotted up in immobility. Each individual is called to let himself or herself be touched, educated, provoked, and enlightened by life and by history, by what he or she proclaims and celebrates, by the poor and excluded, and by those near and far (p.34). 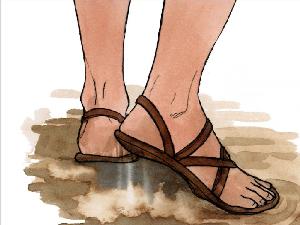 Secondly, take nothing for the journey. The spirit which is alive is vulnerable and non-defensive in the face of reality and history. The dependence on others is the concrete way in which we experience ou dependence on God. Heavy baggage is an impediment ( impedimenta made it difficult for Roman soldiers marching on foot). Possessions create barriers between ourselves and other people and remove us from being numbered among the poor. They are a barrier between our selves and God. A wall of insensitvity between our selves and our own spirit. Self-protection is left as the primary instinct forone who does live in a world of interdependence. In fact, one of the risks is that each person cretes his or her own world that is jealously closed off to being shared (p.19). 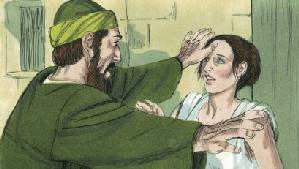 And thirdly, the project that unites us is the creation of a new community. This is not based on kinship or compatibility, much less personal enhancement. The new community is created through the preaching of repentance, the proclamation and realization of God’s power and desire to flood our lives with mercy and forgiveness. His work is the ground of our transformation and repentance. Only those who know the gift of this mercy and forgiveness can be authentic proclaimers of this grace which is the only foundation of lasting community. Evil spirits of fear, exploitation, revenge, indifference, greed are cast out by the good Spirit of peace, gentleness, courage, patience, nonviolence, and service. They anointed with oil many who were sick and cured them. The new community grows and takes form in the concrete engagement with the immediate needs and concerns of those who are suffering, with the willingness to cope with practical reality, to get down and dirty, to get the smell of the sheep. Jerome Murphy-O’Connor once pointedly wrote: Don’t pray about something if you are not willing to do something about what you are praying for. The Gospel has the power and offers the horizon to keep our lives from becoming obsolete.

A teacher at an expensive Manhattan high school asked his students to write about poverty.  A girl from a wealthy family began her story like this: “Once there was a poor little girl. Her father was poor, her mother was poor, her chauffeur was poor, and her butler was poor.  They were all very, very poor.”  Really?  She had no experience of actual material poverty, but her story could be about another kind of poverty, the kind that Jesus describes in the Book of Revelation: “You say, ‘I am rich, I have prospered, and I need nothing.’  You do not realize that you are wretched, pitiable, poor, blind, and naked” (Rev. 3:17).  St. Ambrose writes that the whole human race, rich and poor alike, fell into the hands of thieves who stripped us of our clothes and robbed us of our greatest treasure, sharing in God’s divine nature.1 That’s the greatest poverty. St. Augustine writes that, “Robbers left us half dead on the road, but we have been found by the Good Samaritan … the only-begotten Son of God… who carried us to the inn, where we are being cared for by the Church.” 2   The parable of the Good Samaritan is above all a story about Christ drawing near to us wounded travelers, to be our saving neighbor.

A scholar of the Law of Moses stood up to test Jesus, to see if he was qualified to be called Master and Rabbi.  He stands up to command the attention of all those who were around him, and he addresses Jesus with the very title he is testing, “Teacher, what must I do to inherit eternal life?”

His question is of the greatest importance.  Sadducees would never ask this question because they didn’t believe in life after death.  The rich man who feasted sumptuously every day and ignored the starving Lazarus at his gate, had the wrong

answer.  He believed the purpose of life was to eat, drink and be merry.  Devils do not ask the way to eternal life because they have lost it forever. They have no hope at all.  But we have faith and hope, we believe the purpose of life is eternal happiness with God in heaven, and we want to know the way.  Unknowingly, the scholar speaks for all of us when he asks, “What must I do to inherit eternal life?”

Jesus, however, is not a student to be tested by anyone.  Jesus is the only one worthy to be called “Master and Teacher.”  So, Jesus immediately reverses roles, and puts the scholar to the test by asking him: “What is written in the law?  What do you read there?”  After he correctly replies that the way to eternal life is by loving God and neighbor, the scholar, who has now become the student, goes on to ask, “Who is my neighbor?”  That is, “Who are we to love?”  That’s another one of life’s greatest questions.  And people have been giving the wrong answers ever since Cain and Abel. 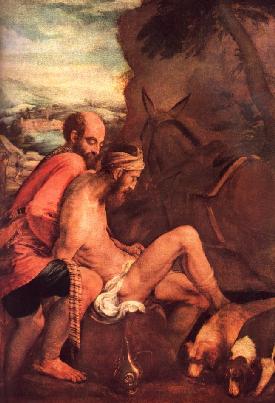 So Jesus tells the story of the Good Samaritan. Again the scholar correctly replies that the one who was neighbor to the robbers’ victim was the foreigner, the Samaritan, who treated him with mercy.  It is not flesh and blood, nor geography that determines who our neighbor is, it is love for everyone who is in need.

And that includes rich and poor alike, everyone who is living in ignorance of life’s purpose and helpless to recover humanity’s divine inheritance.  Jesus is the Good Samaritan above all others, because only he could heal us with mercy and restore us to participation in God’s divine nature.

Now, with the love of Jesus in our hearts, we can be neighbor to others in their poverty.  But have you ever seen someone who might be in need and gone out of your way to pass by?  A married deacon who was driving home one day saw a man lying next to a grate on the city sidewalk. People were walking around him.  He stopped the car, dialed 911, jumped out, and knelt down next to the prostrate man saying, “Help is on the way. We’ll take care of you. You’re going to be okay.”   The man looked up and said, “I’m from the gas company, I’m listening for a leak.  But thanks, you really are a good Samaritan.”