Today we had a meeting of your finance committee. Fr. Brendan would have been here, but he is attending the 50th anniversary celebration of New Melleray’s foundation in Ava, Missouri. This year Fr. Brendan has been traveling so much that his sister sent me a note saying, “Next time my brother is visiting New Melleray tell him I said hello.” But all of his trips have been necessary. He is doing the right things for the right reasons, and that is love. 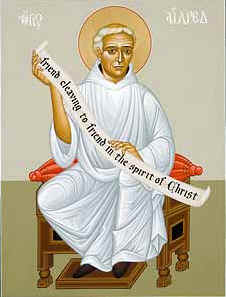 Vainglory does the right things-like fasting, almsgiving, and prayer — for the wrong reason—to be praised, to take to myself the glory that belongs to God. To light a lamp is a good thing, but not if it is done for the wrong reason-that is, to surround it with the bowl of our own self-centeredness.

St. Aelred reproaches monks and nuns who have left riches, status, nobility, and honors by entering the contemplative way of life, and now want to be called to council meetings and given a role to play in all the superior’s decisions. He says they become angry or hurt if something is done without their advice. They did the right thing for the wrong reasons. Their anger reveals the true nature of their fundamental motivation. They are not seeking God’s glory, but their own.

Pride is worse. It is doing the wrong things for the wrong reasons, like neglecting one’s spouse or children, or murmuring about someone, or bragging about oneself, all because of an inordinate esteem of one’s own excellence. Do you remember the delightful story of The Little Prince? The boy approaches a small planet, an asteroid, inhabited by one person, a conceited man who says, “Ah! I am about to receive a visit from an admirer.” The little prince greets him, “Good morning. What a strange hat you’re wearing.” The man replies, “It is a hat to raise when people acclaim me. Now, clap your hands.” The little prince clapped his hands and the conceited man raised his hat in modest salute. So the little prince did it again, and the man again raised his hat. “Do you really admire me very much,” he asked? “What does admire mean,” said the little prince. “To admire means you regard me as the most handsome, best dressed, richest, and most intelligent man on this planet.” The little prince replied, “But you are the only person on your planet.” “Admire me just the same,” he said. The little prince clapped his hands, shrugged his shoulders and went away saying, “Grown-ups are certainly very odd.” The conceited man was glowing with pride, and looking for another admirer. 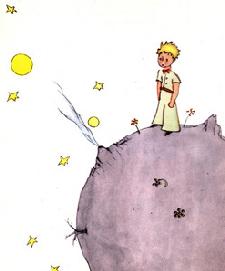 Pride is not always an inordinate esteem of one’s own excellence. Often it is an inordinate shame of one’s own limitations or defects. There was a young teen aged boy named Joseph Lahey who injured himself in a sled ride at the age of four. He suffered a spinal injury that left him with a hump on his back. He was too ashamed to undress in front of anyone, not for showers, or swimming, or sports. He always tried to hide himself, to withdraw. But now he had to undress for a medical exam. The doctor was a very kind man. When he saw the hump he asked the boy, “Do you believe in God?” “Yes,” Joseph replied. “That’s good,” said the doctor, “because God has blessed you with great beauty, be thankful.” The doctor filled out his report and stepped out of the room for awhile, as doctors do. Joseph looked at the open report and in the space provided for “Physical Characteristics” he saw that the doctor had written, “Joseph has a beautiful face and a wonderful smile. He’s a very lovable boy.” There was nothing at all about the hump on his back. That day Joseph’s basic disposition changed from one of shame to one of grateful love for the gifts God had given him. His face became like a lamp radiating the love of Christ within him for all to see.

For whatever is hidden in the secret places of our hearts will eventually be manifested on our faces. What will it be: vainglory, pride, or the radiance of grateful love?