Homily for First Sunday of Advent at Mississippi Abbey

We begin Advent by being told to “watch!” We are warned not to be caught sleeping, not to be inattentive. We are to watch for “the lord of the house.” Sounds important!

Bishop Robert Baron has written that “Christianity is, above all, a way of seeing.” It treats a disease of perception common to humanity. There is a significant difference between “seeing” and “perception.” We see whatever we look at; we perceive according to importance. The perception of importance tells what we believe. That is what Jesus is talking about today. That is what Advent is about.

The Spiritual Practices of these next 4 weeks should sharpen our perception. We can say “Maranatha; Come, Lord Jesus”, but we must be able to notice it.

St. Mark began his gospel with Jesus’ call to a change of perception. Jesus said, “Repent!” The Greek word for repent is literally translated “Go beyond the mind that you have.” So, in perceiving differently we are assessing importance differently. It is in identifying importance that Christianity is “a way of seeing.” The important is that which makes a difference. 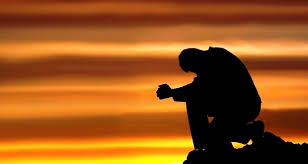 We’ve talked before about two ways of knowing the importance of things; of the difference they make: by the personal satisfaction a thing gives and by a thing’s intrinsic importance, its importance-in-itself, commonly called “value”. When Christianity takes us “beyond the mind that you have” it takes us beyond personal satisfaction. At the Fall of Humanity our perception was subject to concupiscence and pride, by the two drives for pleasure and for dominance. Perceptually, these caused value blindness. Self-satisfaction made us not notice nor be responsive to the important-in-itself. In other words, God and the life of virtue dropped off our radar.

Jesus tells us that the problem with this way of thinking and seeing is that we live in fear rather than trust. We form attachments to the satisfying and fear its loss. He’d like to spare us that. After all, He is coming to reveal a God of love.

And because He is coming to reveal God, He is coming to reveal the kingdom of God as He said at the beginning of Mark’s gospel. So, the thing we are to keep watch for, the “lord of the house (of Israel), the “good news,” is Jesus Christ Himself. Perceiving His importance is the solution to our disease of perception. The importance of everything else we encounter will be assessed by its relationship to Him. What kind of difference does it make? Does it promote trust in Him or does it dilute it? 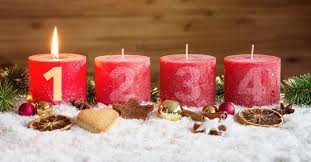 This trust is important to the people because lack of it has characterized the history of their relationship with God throughout the Old Testament. The Hebrew Scriptures are characterized by a longing for deliverance joined to a lack of power to achieve it. The result was fear. Fear disposed them to cling to what they were and what they possessed. They were not ready to see the new.

So, in Advent the church prepares our psychological capacities for perception, disposition, and identity for the meeting of the human and the divine at Christmas. Disposition or readiness-to-change is what we’ll talk about tomorrow when we remember St. Andrew. And since fear results from living at a surface level, a life geared to satisfaction, it diverts us from living at the deeper level that is a surer basis for identity. We’ll talk about identity on Tuesday.

A cardinal delivered an urgent message to the pope saying, “Holy Father, the end of the world and the Second Coming of Christ are near. What should we do?” The pope replied, “Look busy.” Prophets who predicted the end of the world have one thing in common. They were wrong. They believed too much. But many others believe too little, as if Christ might never come.

Cardinal Newman writes, “Judging by Scripture you would ever be expecting Christ. Judging by the world, you would never expect him.” Newman warns against becoming infected with the world, what he calls a “rusting of the soul.” Jesus describes this rusting of the soul in two alarming passages. In Matthew's apocalyptic discourse Jesus says, “Because wickedness is multiplied, most people's love will grow cold” (Mt. 24:12). In Luke's gospel he says, “When the Son of Man comes, will he find faith on earth?” (Lk. 18:8). The credulous believe too much, the incredulous believe too little. They let wickedness multiply, love grow cold, and faith burn out.

Advent begins by looking at the final coming of Christ. We celebrate the first coming to prepare for the second. What should we do besides looking busy? Jesus tells us: “Watch at all times, praying that you many have the strength to escape all the things that will take place, and to stand before the Son of man” (Lk. 21:36). There are very few things Jesus commands us to pray for. This is one of them. Yesterday the Liturgical Year ended with these words, and today the new Liturgical Year begins with the same words. If we don't want our love to grow cold, Jesus tells us to pray every day for the strength to bear all that is to come and to stand in joy before the Son of man when he appears. Perseverance in faith and love is a gift of grace. We need to ask for it every day.

Another important way to prepare for the final coming of Christ is to receive him kindly when we meet him in the people around us. Nordstrom's is an upscale chain of fashion department stores. As the holiday season approaches the luxurious atmosphere is accented with beautiful decorations, expensive perfumes, and seasonal music expertly performed by a tuxedoed piano player. Charmed shoppers swarm in and come out bearing finely wrapped gifts. One day a hunched over bag lady clad in torn clothes and filthy with stench walked through the doors. People expected security to intervene. But no one stopped her as she shuffled through the racks of fine clothes. She went to the most elegant and pricey section of clothes where she was greeted warmly by a smartly-attired saleswoman. Her responses to the bag-lady were solicitous and respectful. When she asked to try on some evening dresses, the saleswoman showed her several gowns that were the most flattering and appropriate, and asked the bag lady for her opinion. She let her inspect and try them on. After an hour the bag lady decided she was finished and thanked the saleswoman. She looked different now as she left the store. She held her head high, her gait was smoother, and there was a brightness in her eyes. Several customers asked the saleswoman why she had wasted her time with this poor woman. Her response was beautiful, “This is what we are here for: to serve and be kind.”

To prepare for the coming of Christ pray for the strength to get busy serving and being kind to everyone, for Christ may come to you even in the humble disguise of a bag lady.