In one comic strip Snoopy is sitting on top of his dog house reading some notes. Lucy says, “I hear you’re going to give a Fourth of July speech.” Pointing upward with her index finger she continues, “I’d suggest that you speak on the women’s liberation movement because it’s really the most important thing …” Before she could finish speaking Snoopy leans over and smacks her nose with a wet dog kiss. In the last scene a distressed Lucy is wiping her mouth and nose with her hands, and Snoopy with typical male arrogance says, “I don’t recall asking for any advice, Sweetie!”

As we celebrate our national freedom tomorrow, we know that the dreams of equality, the right to life, liberty, and the pursuit of happiness are still waiting for perfect fulfillment in our land. These are dreams that began when God created us in his image and likeness, with freedom to choose what we will, to love or not to love him. But, oh! how much God wants us to use our freedom to love him.  That is why Christ came. 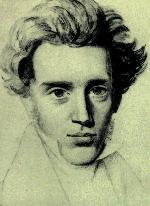 Soren Kierkegaard, Danish philosopher and theologian, once told a story to illustrate how Christ came to win our love. “Long ago there was a handsome prince seeking a maiden to be his wife and queen. One day while passing through the poorest area of a distant village he looked out the window of his carriage and saw a beautiful peasant girl. He immediately fell in love with her and wondered how he could win her hand without forcing her love?

“He could command her to be his wife. But the prince wanted her to marry him freely. He could put on his most splendid clothes and drive up to the front door of her hut in a carriage drawn by six white horses. But if he did, he would never know whether the girl really loved him or his wealth. So, the prince came up with another solution. He put aside his royal garments and moved into the village, entering not with a crown but in the garb of a fellow peasant. He lived among the people and shared their poverty, hunger, and hard labor. When he met the young maiden, he didn’t tell her that he was really a prince in disguise. She laughed with him, grew to love him deeply, willingly became his bride, and to her amazement, also the queen.” 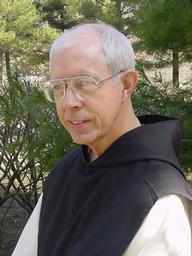 Jesus, our true prince, “preferring to do nothing without our consent in order that our [love] might not be by compulsion but of our own free will,” (Philemon 14), laid aside the royal garments of his divinity. He was born in a stable and raised in the poverty of Nazareth. He did not tell us right away who he really was. As we grew to know and love him, to our amazement, he revealed that the kingdom of God is at hand, that our names are written in heaven, that we are a new creation, and are called to be sharers in his divinity.  I can’t get over it.  Our destiny in heaven is to share in God’s own divine nature, to do and be what only God can do and be.  In God the three divine persons share one divine nature, and we will share in it, too.  As St. Therese of Lisieux expressed it, “We are greater than the whole universe, and one day we ourselves shall have a divine existence.”  For that, she deserves a great big kiss!