Friday in the Seventeenth Week of Ordinary Time

Homily for Friday in the Seventeenth Week of Ordinary Time 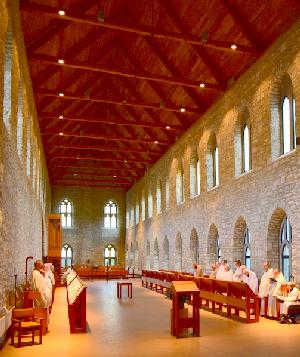 “They took offense at him.”  What if the people of Nazareth had known that Jesus was truly the Messiah!  What a difference it would have made in the way they treated him.  I’m reminded of a story that’s worth repeating about an old monastery which was down to just a handful of monks. Years had passed since anyone joined them. These monks thought they would be the last. The abbot shared his sadness with a friend, a holy rabbi. The rabbi looked surprised. “Oh no,” he said. “Your monastery won’t close. I know for certain that the Messiah is among you. No, you will not close.”

The Abbot returned and told the other monks. They were all astonished. And suddenly, they began to see each other in an entirely new light. They began to take care of each other as never before, not knowing which one was the Messiah. They listened to each other as they would to the Messiah himself. They blessed one another in ways they had never done before. Visitors to the monastery noticed the quality of the monks’ care for one another. It was so beautiful. And it was contagious. Everyone wanted to experience what the monks were experiencing. People asked to join, and when they did, they were told the secret: “The Messiah is here among us!”  Each monk saw the Messiah in the other so that all were drawn close together in the love of God.  What if we were to do that? Isn’t it true that the Messiah, the Christ, is truly here, in our hearts?