Friday in the Twenty-First Week of Ordinary Time

Homily for Friday in the Twenty-First Week of Ordinary Time 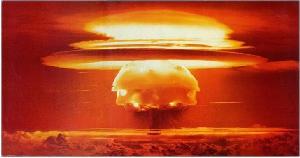 Growing up as a teenager, I remember an effort being made to mobilize political opinion at the time by inciting the fear of a nuclear holocaust.  It didn’t work.  It turns out, people are not very much afraid of a nuclear holocaust, probably because most of us have never seen one before.  Nuclear holocaust – what is that?  Is that like a giant flash bulb going off – and then nothing?  I can think of worse ways to die.  The result of the nuclear holocaust fear campaign was a proliferation of nuclear weapons that continues to this day.  The global warming campaign, at present, is enjoying a comparable success and is widely ignored.  A trade war with China is prophesied to insure world wide economic collapse. as the trade war continues and escalates.  A no-deal Brexit will destroy the United Kingdom and is scheduled for October 31. 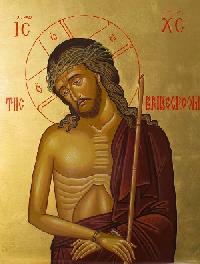 One wonders: O.k., so, how do you get across to people some sense of eschatological urgency; an awareness that history is finite and that time is running out for us?  How do you do that?  In our Cistercian monastic tradition, eschatological urgency is translated and finds expression in the poetry of the “Song of Songs”.  Here, the end of the world is envisioned as unfolding in a bedroom; in an encounter, the last encounter, the consummation, of the love between the Bride and the Bridegroom.  God has become flesh.  The Bridegroom is here.  You are alone with the Bridegroom in the bridal chamber.  It’s your wedding night.  This night comes one time.  It lasts one night.  You are the bride, and your wedding night isn’t actually going very well.  Poor girl.  You are made frightened and terribly self-conscious by this invitation to intimacy with God.

Brothers and sisters, most of the people you know are bashful brides, made anxious not by God’s remoteness but by his unexpected nearness.  Poor girl.  Alone with the Bridegroom at two in the morning, she’s twittering about trade wars, gender theory, global warming, abolishing the electoral college, whatever – talking non-stop insisting all the while on the importance of dialogue, dialogue, dialogue dialogue – about anything, anything at all to put off this terrifying moment of encounter with the Beloved who is sitting so very near to her; near enough she can hear him breathing; his every breath an invitation to an intimacy she fears like the end of the world.  Fear, it seems, makes people sleepy.  Fear that won’t go away, can actually put you to sleep, and so it’s hard for a bashful bride to stay awake, on her wedding night.

At this Mass offered for Christian unity, we pray for a new coming of Christ; a new infusion of the life of Christ in his church.  It might be noted: The Divine Bridegroom can’t be intimate with the church until he’s been intimate with you.  And he can’t be intimate with you until you give your consent and express that to Him.  This morning’s gospel is a proclamation: “It is your wedding night.  The Bridegroom is here.”  God has drawn near to you; taken flesh in the person of His Son; and placed within your reach the church which is his body.  Draw near to Christ, and he will draw near to you.  Say “yes” to Christ and your union with him will be the seed that bears fruit in the unity of Christians and the recapitulation of all created things in Christ to the glory of the Father.