Friday in the Twenty-Sixth Week of Ordinary Time

Homily for Friday in the Twenty-Sixth Week of Ordinary Time

“Woe to you Chorazin!”  Chorazin was one of three small towns that share the distinction of being the sites where most of Jesus’ miracles happened.  This particular little town is mentioned only twice in the New Testament and cursed by Jesus in both instances.

It is a little daunting to reflect on the choice these villagers were confronted with by the visit to their little town of the Eternal Son of God.  How will they receive him?  Who are these people?  Interestingly, their synagogue, which still exists, features an image of the goddess Medusa, (the lady with snakes for hair), carved into the interior wall of the worship space, suggesting a rather robust practice of pagan religion among the Jews of Chorazin. 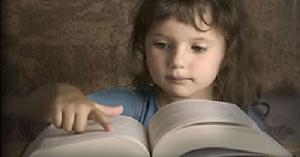 One presumes these people had children.  Were the children raised by their parents to worship of Medusa?  The question arises because, Jesus’ curse is not invoked on just the parents, the local government, or the elders of the synagogue.  Jesus curses – the town, the whole town.  Are we to understand his condemnation is binding – on the children of Chorazin?  Might it not be said in their defense: “They are not to blame for being indifferent to Jesus or for being pagans.  They were born and raised that way.  From the time they were infants, their identity was shaped by unbelieving parents.”  But then, how to comprehend Jesus’ curse on the whole town? 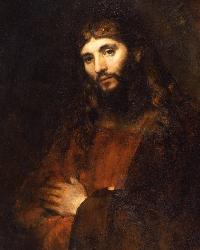 If Jesus is Love incarnate; the Word through whom all persons are made, then we can only conclude the identity of a child born and raised in Chorazin; the truth of who that child is, is not provided by his parents, the state, or by the religious authorities.  It was not determined by his environment.  The identity of a child of Chorazin is made by the Lord.

“Woe to you”, is the voice of Love Incarnate calling each inhabitant of Chorazin and every child to remembrance of who he is.  Christ, who is his source, is his identity.  This “curse” is not a dismissal, it is a call, an invitation to remembrance and return to the truth of who every child is.  We are all sinners.  We were all born in Chorazin and are shaped by its influence.  The good news of today’s gospel is that Jesus has come to our broken and decrepit little village so that we who were born here, don’t have to die and spend eternity here.

Friday in the Twenty-Sixth Week of Ordinary Time 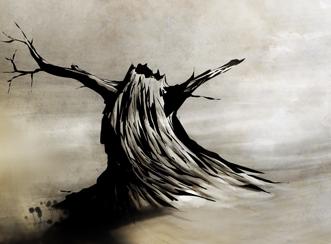 The preaching of Jesus is not all good news. It is frightening when he says, “Woe to you, Chorazin, Bethsaida, Capernaum. … You will go down to the netherworld!” In St. Luke's Sermon on the Plain, four beatitudes are followed by four disturbing woes: “Woe to you who are rich now, who are filled now, who laugh now, of whom people speak well now, … You will grieve and weep.” In St. Matthew's Sermon on the Mount at the beginning of Jesus' ministry, the eight beatitudes are matched by eight woes in the last sermon of Jesus at the end of his ministry: “Woe to you who cleanse the outside of the cup but not the inside. … How can you flee the judgment of Gehenna?” In the Apocalypse of St. John, the Book of Revelation, a loud voice in the heavens proclaims a triple woe, “Woe, woe, woe to the inhabitants of the earth … for the devil has come down to you in great fury for he knows he has but a short time.”

We need the good news precisely because of the bad news that there really is an everlasting woe of hell, a lake of fire that lasts forever and ever. Like Job we cannot comprehend what lies beyond the gates of death. But Jesus can, and he tells us the truth, the good and the bad, so that we may repent, and he will save us not only from hell but even from purgatory because of his great mercy on all who believe and love and hope in him.