Homily for the Funeral of Br. Walter Schoenberg

Purity of heart, says the Catechism, “enables us to see according to God” (2519). Not so long ago,—reckoning that is by Br. Walter’s 94 years—not so long ago, five years, say, Br. Walter used to read the Catechism. Once he looked up at me and said, “I used to believe what it says in here, but now I know it; now it is inside me; now I am living it.” I have never heard anyone say anything like that, and he said it so simply and without controversy as if he were saying Thank You. “Those who are led by the Spirit of God are children of God” to whom it pleases God, the Father, to reveal things hidden from the rest of us who think we are wise and learned (see Matt 11:25).

There is a story from early Clairvaux. A lay brother was a cowherd, a man of purity and great simplicity who, get this, promptly and devoutly did everything he was asked. One day in a dream he saw Jesus next to him with a goad helping him move the herd along. When this lay brother woke up he “thought of the gentleness, kindness and sweetness of his very devoted helper” and there “surged in his heart a vehement desire, and he hoped and yearned to see face-to-face the One who in his vision” was “such a companionable coworker.” When this brother died, Saint Bernard declared “that he had walked with God and that God had indeed worked with him,” and that the Almighty who had been a most worthy companion and helper in labors could not desert his servant in his final 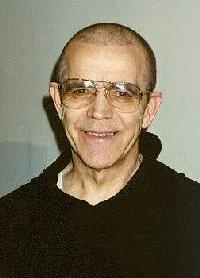 struggle (EM4.18). Another story says that the Abbot Robert fell into a deep sleep just as one of the monks was about to die. In a dream he saw two men shining in appearance and apparel scattering lilies and roses and violets and all kinds of flowers in rich profusion over the floor of the choir of Clairvaux. Robert objected to their “introducing this novelty into our monastery, contrary to the custom of our Order,” but they said, “Lighten up, abbot, we are introducing this liturgical innovation because soon you will be having in this choir a new celebration of the feast of a new saint,” and just then the signal was given that the monk had died, “the new saint whom the holy angels had been taking up to his rest in celebrating a new feast and a new joy” (EM 2.23).

No one doubts that Br. Walter labored and was burdened. One of eleven siblings, his life on a farm in Stearns County, Minnesota, during the Depression years was no picnic, let alone family tragedy that marked him deeply. Even so, come to the end of his temporary profession in the Order of the Holy Cross, finding that “Order much too lax for him,” he left the Crossiers and came directly to New Melleray. As a Crossier, they said, “he is one of our hardest-working brothers and extraordinarily pious”; “he is trying to live as a Trappist even with us” something understandably “causing some difficulty for other in our community.” In an email yesterday Fr. Brendan said that Br. Walter, “was a blessing to New Melleray in many ways. Always faithful to his lay brother vocation [though he did sign the decree of unification in 1966]. He was in charge of the dairy barn—a big operation in the old days. He had a lot of trauma in his life but now is at peace.” 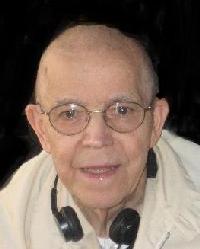 “Take my yoke upon you and learn from me.” Br. Walter certainly did that, and I know that many in turn learned from him, even our nurse Lori who learned a thing or two about the healthcare of monks. “Humility, my brothers, is a great virtue,” said Saint Bernard, “great and sublime. It can attain what it cannot learn; it is counted worthy to receive what it cannot apprehend; it is worthy to conceive the Word and from the Word what it cannot itself explain in words. Why is this? Not because it deserves it, but because it pleases the Father” (SC 85.14). From Br. Walter, from his patience, from his perseverance in Thanksgiving and fidelity to prayer, we are shown how true it is that “the sufferings of this present time are as nothing compared with the glory to be revealed in us” (Rom 8:18).