I think it is fitting that we are celebrating the life and death of Fr. Bernard in the context of the feast of Sts. Peter and Paul. These two Apostles are the pillars of the church but each was a flawed human being as we all are. How they ended up gives us some insight into how God works with us.

At a crucial moment Peter denied ever knowing Jesus – not once but three times and the last time with a violent outburst, “I don't even know the man.” Peter's fear overcame his loyalty to his friend. This was not held against him and out of his fear courage was born.

St. Paul on the other hand feared nothing and was full of zeal for hounding down Christians. But in an instant he came to the realization that everything he was doing was wrong and what he based his very existence and self worth on was phony Hard truths but out of them came his awareness that when we are weak then we are strong in God's eyes. But, even after his conversion Paul was a bit of a bragger: “I have competed well; I have finished the race .” 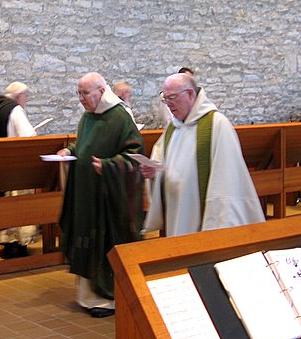 Now if we look at Bernie we have to say he did not even know there was a race and the one thing he could not do is compete. Bernie was not a competitor or a racer. He could not function in a competitive world. No one taught him how to deal with stress or set up a defensive way of living. Bernie did not fit into the success mode. How to succeed and influence people was not a book Bernie would read. To my mind he was almost too good for our modern world. He was a sensitive young boy who entered the seminary at the age of 14.

Yet out of this vulnerability came compassion and mercy and a non-judgmental attitudes that made Bernie such a good confessor to dozens of people. He had an almost child like innocence that made him such a lovable presence. I am not saying Bernie was perfect but maybe I am because we are all perfect in our own way just by being who we are and carrying our burdens in life.

I read somewhere we all have 2 1/3 phobias. How you have a third of a phobia I don't know but I think Bernie lifted the national average. He had a bundle of phobias among them were a social phobias that made community life difficult. Being with the community day in and day out was hard for him even thought he used to say I am never more happy than when I am with the community, which used to puzzle me and I would say to myself then why aren't you there. But he was sharp, one time I was ranting on to him about coming to the office and getting angrier and angrier as I spoke. 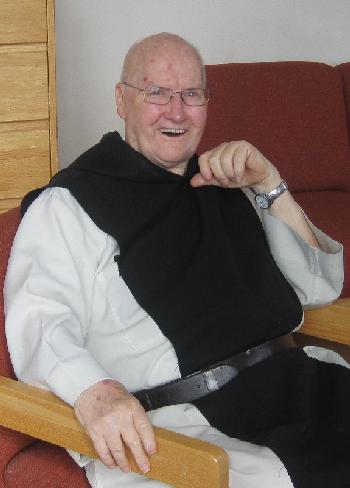 He looked at me and simply said, “Why are you so bitter?” and he was right which made me stop and think was this a one time thing for me in my over concern or was I becoming a bitter person. Bernie hit the nail on the head.

Another phobia he had was fear of bridges. Crossing the bridge over the Mississippi used to fill him with terror, not that it stopped him for going though!

In the 60s Bernie and I used to deliver alfalfa pellets to Kent feed in Mt. Carrol Illinois. We had to cross the Mississippi Bridge to get there and he told me of his fear. So we devised a way to dissipate the fear by singing a song together – about the only one we both knew was, “Rock my soul in the bosom of Abraham”. It is a round and I would do the first sentence and then Bernie would come in and after the first syllable get all mixed up, so then he would start and I would come in and we both got tangled up in the words, we did not need to try a third time because by then we were over the bridge. We had a good laugh.

Because of his own vulnerability Bernie was extremely approachable. If you came to him wanting advice on how to improve the organization or how to get ahead he would not know what to say, but if you came to him, as many did, and say I don't know if I can go on another day, or I am so discouraged or depressed and alone, Bernie would be there and open his heart to you. He would also open his storehouse of wisdom made real by his own suffering and console you and encourage you.

So Bernie is now in the Bosom of Abraham and he is getting the words right this time. We are told, and I believe it with all my heart, that we are made in the image of God. 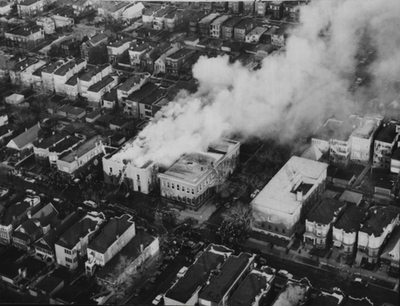 If we look at St. Peter and St. Paul and now Fr. Bernard Cullen and then all the diverse people in the world we have to marvel at the greatness of God and his variations – six billion variations in our day alone!

Concerning these six billion each can say “I am”, and mean something different from all the rest. When I say “I am” the closest I can come to another person is to say “you are.” God said to Mosses, “I am who am.” Each one of us can say, “I am” also. There is no you when it comes to God. To say I am makes me one with God. Bernie then was an image of God among us, a presence of God. God as compassionate, loving and merciful just as Bernie showed us.

Thank you Bernie, we don't see you now but you see us and I know you will not forget us and we will never forget you. 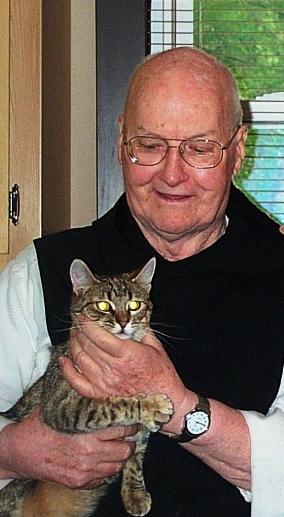