Homily for Feast of the Holy Innocents

Most of us have had experiences when we were left speechless, when there were no words to express how overwhelming was an impression we had.  This can happen before an awesome sight of beauty, in the experience of ecstatic joy, in the touch of the Holy in our lives.  It can also happen at a time of deep sorrow, when there are no words.  Words would only trivialize or distract us from our attention to a reality which goes beyond them.

Our Gospel reading ends with the figure of Rachel, weeping for her children, and she would not be consoled, since they were no more.  Her mourning and grief are more expressive than any words which would attempt to capture them.  She refuses to be consoled, to come to terms with reality and turn away. Her mourning and grief are assertions of a meaning beyond what appears.  They are acts of defiance against a closure which would nullify the tragedy of life 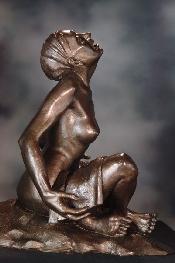 brought to an end.  She is asserting the primacy of life and its meaning — in spite of all appearances. There is more than what appears to be.

To all appearances, life is short and brutal and is meant for the fittest.  We have become used to the word massacre in our daily vocabulary.  The daily massacre of the unborn, of the aborted, passes in silence.  We pay brief attention to the massacres in our schools, synagogues, churches and shopping malls, but then move on.  The indiscriminate massacre of those without access to food and drink, of those afflicted by the apparently invisible destruction of the environment.  They are voiceless, so they don’t merit our attention.  This is the way things are. This is our culture and our civilization

Herod was provoked into fury and rage by the threat posed by the potential of a new kingdom.  He used the resources of the old kingdom to obliterate any opposition.  Self-protection can’t afford the luxury of discrimination.  All the male children two years old and under were to be massacred.  It is the same technique that our civilization continues to use today.  Pope Francis has been lamenting the use of violence and nuclear threat to obtain security.  As he points out, it only increases insecurity and fear.

I think we have a foreshadowing of the temptation brought before Jesus in the desert:  fall down and worship me and I will give you all the kingdoms and nations of the earth.  It is the voice of evil and Satan who promises security through power and violence.  The cost is worshiping him and selling one’s soul.  It is a costly consolation and closure to any alternative rule of life. 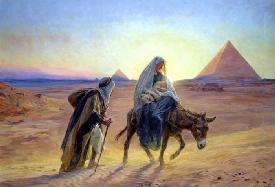 Joseph was awakened to the danger posed by Herod and the reign of violence he managed.  Joseph was called to personal displacement (Rise, take the child and his mother, flee to Egypt and stay there) for the sake of protecting the child and the new kingdom of peace and justice he was to preach in this world.  God’s care became enfleshed in his response and care.  It is a response which was then and will always be threatened by those provoked by a radical challenge to a world committed to defending appearances and explanations.  Those who refuse to be consoled keep subverting the order of power and greed.

In our prayer over the offerings today, we will pray Receive, O Lord, we pray, the offerings of your devoted servants and purify us as we faithfully serve these, your mysteries, by which you grant 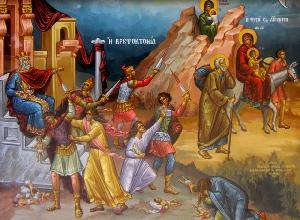 justification even to those who lack understanding.  We are purified by the light which reveals what is concealed by appearances.  We are purified by the graced empowerment to serve the mystery of Christ — in this liturgy and in the liturgy of our lives.  The mystery of God is at work beneath the level of appearances.  God’s justice is at work even where we lack understanding of how it is guiding the course of events.  We are devoted servants.  Like Joseph, we are called to protect and bear God’s purpose and will in our world.  Our trust, security and consolation are in Him, and not in the appearances of strength which the world admires.