Mass for the Deceased at Mississippi Abbey 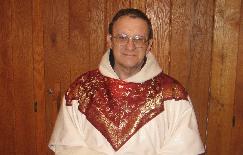 There are five women buried in the cemetery. Each and all are examples to us of living monastic life. Each and all “persevered in the monastery until death.” Each and all gave their adult life to “listening with the ear of the heart.” “The heart” is another word for “conscience.” Listening to the voice of conscience is very fundamental to St. Benedict’s way of life. Conscience is ones reflective judgment about things that matter. Practically speaking, it is formed by taking on someone else’s idea about how to live.

Author Thomas F. Green[i] has written about the five voices in which the heart speaks. The primary voice, he writes, is that of membership. A public conscience is more effective than private. It is the voice of love; it helps us meet the demands of love. It enables us to put our principles before one’s own personality. It informs the most important life-task of caring. 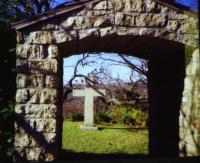 In recalling our deceased members, we not only listen to the voice of membership, we listen to the voice of memory. Humans have a need for rootedness. The thing we are rooted in is life-experience. It is the raw material of our beliefs. For those of us who knew some, or many, of the deceased sisters they and their monastic lives are part of our life-experience. Our acquaintance with them, along with our experiences of the dura et aspera, root us in this way of life. We watched our predecessors pay their dues and we’ve paid our own. This gives us roots that we must listen to. The deeper roots go the deeper ones beliefs go and the more they sustain. For that which a woman deeply believes, she will inconvenience herself. Newer members have not yet had such experience and so they make a commitment in the form of vows. None of us vowed to be members of our families; we were naturally rooted there. When we listen to what they taught us, we are listening to the voice of memory. Commitment substitutes until roots go deep enough to sustain.

The life-experience that rooted the perseverance of our forbearers is important to notice because they, like oneself, were awkward and inconsistent at this life-task. Yet they “persevered in the monastery until death.” What nurtured their roots was what nurtures ours: the grace of God. We were open to it because of a common affection that drives us toward a common end.

And because of that common affection our deceased members also exemplify the voice of sacrifice. This warns against an interior life dominated by self-interest. It argues with selfishness. This voice prudently advises us to balance self-interest with sacrifice. We inconvenience self.  Sacrifice is often occasioned by duty, so their attention to the work of their hands and the work of God show that our monastic ancestors heard this voice. They did this and are buried out in front because they lived toward a common end. We share this common end because we share a common affection: it is the ultimate reality that we are trying to love extravagantly.

[i] VOICES: The Educational Formation of Conscience, Notre Dame Press, 1999.