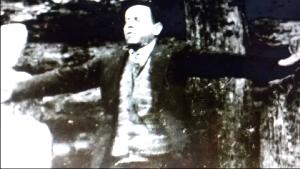 Blessed Miguel Augustin Pro was a Jesuit priest who was martyred by a Mexican firing squad in 1927.  Spreading his arms in the form of a cross he proclaimed, “Viva Christo Rey, Long live Christ the King,”and then the bullets tore into his chest.  He had prayed for the grace of martyrdom to restore religious freedom in Mexico where all signs of worship had been forbidden by the anti-religious government.

Where did he receive the inspiration and strength for such a heroic act?  In part, from his parents.  They had ten children.  Two died quite young.  Several older sisters entered a convent, and he joined the Jesuits at the age of twenty.  When religious and civil persecution broke out in Mexico, his father who was a former government employee, had to flee for his life.  His mother was left homeless with their four youngest children.  She moved into a small room in a wretched boarding house and compensated for their poverty by a wealth of tender love and a strong faith in God’s Providence. 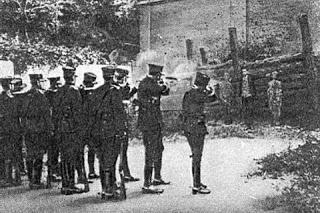 When the young Jesuit scholastics were forced to leave Mexico, Miguel visited his mother and saw her condition of extreme misery.  The only possession she managed to keep was an image of the Sacred Heart.  He did not want to leave her and his younger siblings, but his mother would not have it otherwise.  She was fulfilling her vocation of motherhood under the cruelest of circumstances, and she wanted him to fulfill his vocation, too.  As he looked out the window of the train into the eyes of his mother standing on the platform, he smiled at her with great courage.  From her unfaltering eyes and the texture of her smile in return he knew they shared in the grace to make this sacrifice. Watching the face of his mother recede into a point, it was the last time he saw her. 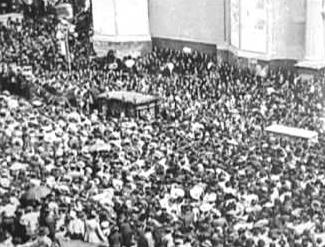 When the young Jesuits arrived at the seminary in Los Gatos, California, the first image Miguel saw was a statue of the Sacred Heart at the gate.  The Sacred Heart was with his mother when he left, and now the Sacred Heart was with him when he arrived.  Twelve years later, after his ordination, he returned to Mexico and ministered to the people clandestinely with the help of his brother, Humberto, until they were caught and martyred.  The next day thousands of people crowded the streets as they carried the martyrs to the cemetery.  In a giant manifestation of faith, a thunderous shout rose up from the people and swept across the streets and rooftops: “Viva Christo Rey, Long live Christ the King.”  The Mexican people were reclaiming their religious freedom, inspired by the martyrdom of Padre Miguel Augustin Pro and his brother, Humberto.