Memorial of Our Lady of Fatima

Homily for the Memorial of Our Lady of Fatima 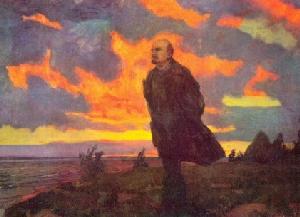 On this day a hundred years ago Vladimir Lenin ordered horsemen to invade the Church of the Iberian Virgin in Moscow.  They rode their horses through the doors and down the aisles and over the communion rail, desecrating the altar, destroying statues, and venting their anger on dozens of children who were present that day, killing some of them. It was the beginning in a series of violence leading to the October Revolution in Russia six months later.

On the very same day a hundred years ago at St. Peter’s Basilica in Rome, Fr. Eugenio Pacelli was being consecrated as a bishop.  He would become Pope Pius XII, the great adversary of communism.1 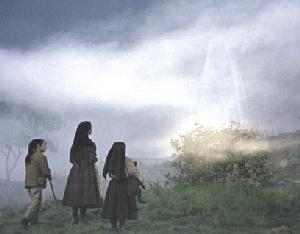 And on that very same day a hundred years ago in Portugal, the Queen of heaven and earth, the Mother of God, the Virgin Mary appeared for the first time to three young children at Fatima: Lucia, Jacinta and Francisco.  At each of her six appearances she made the same request: “Pray the Rosary.”  She asked sacrifices for sinners to save them from hell, communions of reparation on the first five Saturdays of consecutive months for the graces of a happy death, the consecration of Russia to her Immaculate Heart, and a church to be built at the site of her appearances. At her last appearance, just a few days before the October Revolution in 1917, she gave a sign of her presence to over 70,000 people who saw the miracle of the sun. 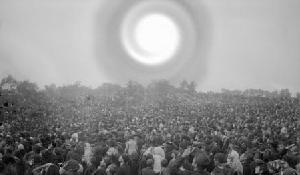 Communism began with violence in a church dedicated to Mary. She responded the same day in Fatima with a call for prayer and penance. Here is how Lucia describes Mary’s appearance that day: “She was a Lady all of white, more brilliant than the sun, clearer and more intense than a crystal cup full of crystalline water penetrated by rays of the most glaring sun.  Her face was indescribably beautiful.”  It was a foretaste of heaven.

A woman asked Francisco what he wanted to be when he grew up. “Perhaps a carpenter? He replied, No, ma’am. A doctor?  Oh, no.  A Priest, then?  No, Signora, I don’t want to be a priest.  Then what do you want to be?  I don’t want to be anything.  You don’t?  No, I want to die and go to heaven.”  He did, a few months later.  What advice do you think Saints Francisco and Jacinta Marto, who are being canonized today, would give us?  I think they would say with Lucia, “Pray the Rosary for peace in the world and for the conversion of sinners. Please, pray the Rosary every day.”