Memorial of Our Lady of Sorrows at Mississippi Abbey

I was 17 yrs old and a senior in high school, at the Passionist Prep Seminary in Warrenton, MO, when I founded the “Sodality of the Sorrowful Mother” at the seminary. There was an identification many of us felt with One-Who-has-suffered that expressed itself in a devotion to her. Sorrow is occasioned by a contradiction between what is and what should be. “What is” is accepted as happening and so sorrow is distinct from anger or rage and refusal-to-accept. Mary’s sorrow and ours is real because the contradiction is real. The contradiction is real because the values involved are real. The identification, though, was only peripherally with her sorrow.

In the Rule of St. Benedict we are told that a monastic’s life should be a perpetual Lent, that is, there should be a frequent sense of sorrow brought on by awareness of this contradiction within oneself, the world, and even the monastic community. (Note it is sorrow and acceptance rather than rage at the contradiction. Anger distorts perception).  Yet, it says in the Prologue of 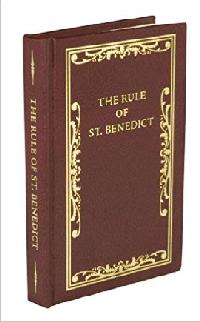 our Rule: “What is more delightful for us…than the voice of our Lord calling us?” What else would bring Mary to the foot of the cross and us students to the seminary… and us today to the monastery than the delight we felt at hearing the voice of the Lord calling us? Around this experience of delight we identified because communities are formed around a common love.

Mary felt that delight at the Annunciation. Sorrow tested that experience of delight; was it for self’s good pleasure or for our selection by God and the doing of His will?

God draws us by delight. St. Benedict learned that from St. Augustine. The sorrow Mary felt and that we sometimes feel when living in the monastic community cannot be endured unless we remember the delight that brought her and we here in response to God’s call. After all, it is not our journey He calls us to, but His journey.

Following Christ is what we are made to do. It is what Mary did at the foot of the cross. That identification with the crucified is what distinguished her from the crowd on Calvary.

It began with her delight in the Lord and continued because of her delight in the Lord. This identification and delight required that she let go of what was good, what was familiar and comfortable, and accept what was better. And that is required of us, too. Anger at the injustice of contradiction is often part of the cardinal virtue of justice.  Redemption is 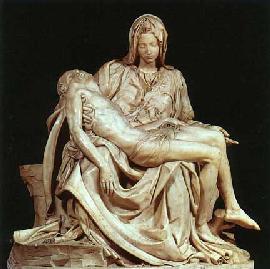 better. The sorrow and suffering of acceptance is called “co-redemptive”. It is called co-redemptive because it is the perseverance in faith and love at a time when one could be tempted by rage to do anything to seek relief. The church gives us the feast of the Sorrowful Mother so that we may learn to “bear-the-cost” of seeking the good of the other for the other’s own sake.

The Sorrowful Mother and we learn this in the Beatitudes, the paradoxical way of happiness. “Blessed are the poor, the meek, those who mourn, weep, and are persecuted?” Why are they happy? Because beneath the exterior troubles they have remembered that call of the Lord, indeed the presence of the Lord, that delights them… and that delight sustains them. Adversity, when accepted, detaches us from immediate gratifications and makes us receptive to the delights that come from an experience of the presence of God.