Homily for Memorial of Saints Cornelius and Cyprian, Martyrs

Today we remember the martyrs, Cornelius and Cyprian.  Like all the saints, Christ was the rock solid foundation of their lives.  Jesus teaches us that listening to his words without acting on them is like building a house on the ground without a solid foundation. 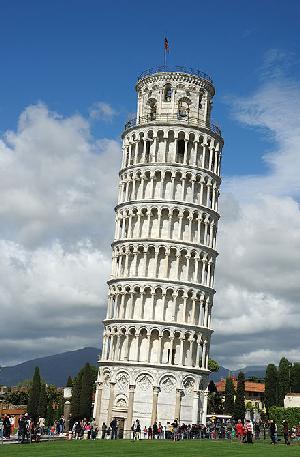 The Leaning Tower of Pisa is a good example of what can happen.  It is a freestanding 186 foot tall bell tower for the cathedral in Pisa.  The name of the town means “marshy ground.”  Construction began in 1173.  But as the tower increased in height and weight, it began leaning to one side.  So construction was stopped at the third level.

A hundred years later, thinking the ground had settled, construction was resumed.  Engineers made one side of each level a little taller than the other side, trying to straighten the tower. But it didn’t help. The bell chamber on top was completed two hundred years after construction began.  For the next six hundred years the tower continued to tilt a little more every century until it was leaning over fifteen feet off center and in danger of collapsing.

So, in 1964, 800 tons of leaden weights were fastened on one side to counterbalance the tilt.  But that didn’t work.  In 1990 the seven bells on top were silenced, so the motion of swinging bells wouldn’t topple the tower.  Finally, engineers decided they had to go to the root of the problem, the soft ground.  Soil was carefully removed from underneath the tower and replaced with cement. This work was successfully completed in May of 2001.  And the tilt was corrected by eighteen inches so tourists can safely climb to the top and lean over the side if they dare. But engineers didn’t try to straighten the bell tower completely because the Leaning Tower of Pisa is a far more fascinating tourist attraction.

The moral for our lives is clear.  Jesus wants us to build on the rock solid foundation of listening and acting on his word.  And when we fail now and then, let us beware that habits of sin do not become more attractive and permanent than living an upright Christian life. 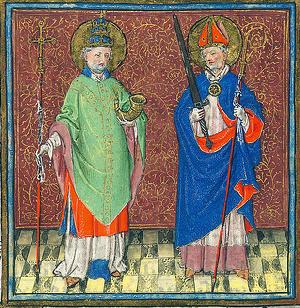 Play by the rules or you will lose. The rules for the children of this world are in conflict with those of the kingdom of God. John the Baptist and Jesus did not dance to tunes of their generation, just as Pope Cornelius and Bishop Cyprian would not dance to the pagan melodies of Emperor Valerian in the third century. In a letter to Pope Cornelius, Bishop Cyprian writes, “The day of our struggle is at hand. Let us pray for each other. By the love we share we shall stand firm and endure.” And so they suffered persecution and were martyred.

Today the children of our generation want us to dance to the songs of abortion and the consequent sale of vital human organs, and to weep at every advance of pro-life movements. But the wisdom of the children of God who suffer persecution and death will be validated when the world is judged by the rules of the kingdom of heaven. Who will be the losers then? Only those who refuse to weep with compunction when they realize the gravity of their sins, and will not dance with joy when they are offered the gift of divine love and mercy.