Memorial of St. Bede the Venerable 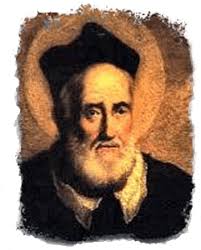 This morning we celebrate the feast day of St. Philip Neri, an Italian priest of the 16th century.  When our Br. Philip asked if he could take the name “Philip” when he received the novice’s habit I asked him why.  He replied, “Because Philip Neri is the patron saint of joy and of the United States Special Forces.” Our Br. Philip was himself in the U.S. Marine Corps for four years.

I understand the virtue of joy.  Among Philip Neri’s maxims for living a spiritual life he writes that “Cheerfulness strengthens the heart and helps us persevere in living a good life.”

St. Philip wasn’t holy in the way we often idealize being holy. He laughed often, he wasn’t always on his knees praying where everyone could see him.  Some people were unhappy when he went into bars at night, but he did this to spread the faith about Christ to those who needed to hear it. He would even dress like a clown: shaving off half of his beard, wearing old worn clothes, odd hats, and large white shoes. St. Philip once shared that his two favorite books were the New Testament and his book of jokes.  Once, a young priest asked Philip what is the best prayer for a couple after a wedding. He responded: “A prayer for peace.”

He also said, “Christian joy is a gift of God flowing from a good conscience.”  And that, “Cheerfulness makes it easier to live a good life.”

So, I understand joy, but why is St. Philip Neri also the patron saint of Special Forces who fight in wars?  Because he embodied the best traits of the ideal Special Forces Soldier, namely: Selflessness, being a superb teacher and an inspirational leader who looks out for his soldiers.  And aren’t we all soldiers for Christ, the Church Militant?  So, as St. Paul writes in his first letter to Timothy: “Let us fight the good fight of faith” like St. Philip Neri, and may we do so with joy!