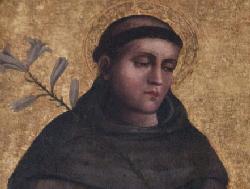 Saints sometimes say daring and surprising things.  For example, St. Athanasius writes, “The Son of God became man so that we might become God” (De inc. 54, 3).  Likewise, St. Thomas Aquinas writes, “The only begotten Son of God, wanting to make us sharers in his divinity, assumed our nature, so that he, made man, might make men gods” (Opusc. 57, 1-4).

St. Bonaventure, a doctor of the Church like Athanasius and Aquinas, also says some daring and surprising things, like this: “Come, let us give a little time to folly… and on a melancholy day let us find time for an hour of pleasure.” It’s not what I expected to hear from the austere and learned master spirituality and theology who was superior of the Franciscan order. 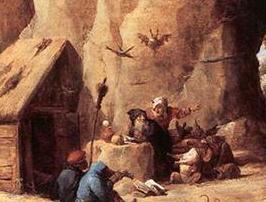 But his teaching reminds me of a story in the sayings of the desert fathers.  A hunter, wandering through the desert, came upon Abba Anthony while he was enjoying himself with the brethren. The hunter was shocked. Wishing to teach him that it’s sometimes necessary to relax with the brethren, the old man said to him: “Put an arrow in your bow and bend it.” The hunter did so. “Bend it a little more.” The hunter obeyed. “And still more.” The hunter said, “If I draw the string too tight, it will snap.” Anthony said to him: “It is the same with the work of God. If we stretch the brethren too much they will break under the strain. So it’s necessary sometimes to relax with them.” When the hunter heard this, he was filled with compunction, and profiting much from what the old man said, he went his way.

In the Book of Proverbs we read that, “A cheerful heart is a good medicine” (Prov. 17:22). And why should we be cheerful?  Because God is going to make us sharers in his divine nature!