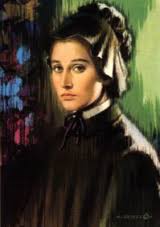 Elizabeth Ann Seton was raised as an Episcopalian but she was attracted to Catholicism.  Being uncertain what to do she prayed, “If I am right, O teach my heart in the right to stay; if I am wrong, your grace impart to find the better way.”

Still uncertain, she finally decided to become a Catholic.  Often, we must act while still in doubt and that is a sign of maturity and trust in God’s Providence. She was received into the Catholic Church at age 31.

What happened next was an astonishing burst of religious fervor until her death sixteen years later.  In 1809 she established the first congregation of religious sisters to be founded in the United States, the Sisters of Charity in Emmitsburg, Maryland. This marked the beginning of the Catholic Parochial School system in America.  Mother Seton trained teachers and prepared textbooks.  She translated French religious books.  She wrote thirteen volumes of spiritual treatises.  She visited the poor and the sick, started two orphanages and opened twenty communities in ten years. Today there are six Congregations of Sisters of Charity. 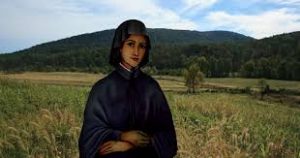 What advice would she give us?  The same advice that she gave to her religious sisters from her own life’s experience.  She writes, “Can you expect to go to heaven for nothing? Did not our Savior track the whole way to it with His tears and blood? And yet, you stop at every little pain. Afflictions are steps to heaven.”  And every step brings us closer to our eternal happiness!