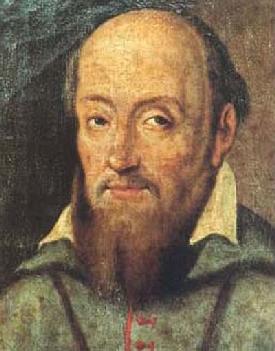 The Teaching of St. Francis de Sales on “The Decay and Ruin of Charity,” deeply impressed me. He writes, “While it is true that only little by little we come to despise God, we have no sooner done it than instantly, in a moment, true charity perishes.”1 But after charity has perished there frequently remains a certain resemblance of charity, like the scent of perfume which lingers in a room long after the source is gone.2

So, it is not immediately apparent that the divine gift of charity is gone, and that only an imperfect human habit remains. He writes, “I have seen young people, well brought up in the love of God, who, putting themselves off that path, remained for some time, … still giving signs of their past virtue. … For some months one could not discern whether they were in charity or not, whether they were virtuous or vicious.” 3

His teaching is both a warning and a consolation. It is a warning that the human imitation of true charity may deceive us for some months. But look again later on and it will be more evident that sin has mastered someone's heart. Conversely, his teaching is a consolation for the same reason, that the fruits of enduring love over many months and years is evidence that true charity reigns in our hearts. It is by the fruits that we can discern a good tree from a bad one. But those fruits might not be evident right away.

One of the fruits of true charity is the desire to pray with others, because Christ is present when two or three are gathered in his name. How much more will true charity be manifested when all the members of Christ's Body are united in prayer with one heart, adoring God all together. That is the Lord's desire and ours during this Octave of Prayer for Christian Unity.