Memorial of St. Ignatius of Loyola

Homily for the Memorial of St. Ignatius of Loyola 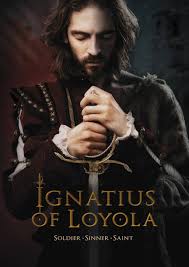 St. Ignatius of Loyola described his life before his conversion in these words: “I took pleasure in the use of weapons and nourished a strong desire to win military renown.  I became reckless at games, brawls, and deeds of arms.  I was assailed by temptations of the flesh and was overcome, giving in to adventures with women.  [In my vanity] I cultivated long locks of hair right down to my shoulders and wore a multi-colored cape and cap.”

Born in Spain in 1491 he was the youngest of 13 children.  All 8 boys entered the military profession.  Defending a citadel under siege by the French his legs were struck by a cannon ball, injuring one and shattering the other. He was taken prisoner and carried home because of his injuries.  A piece of projecting bone had to be sawed off, and his leg had to be rebroken because it was mending badly.  All this he endured with clenched fists and fierce silence, determined to regain the use of his legs and continue his military career.  Was someone praying for him, was it his mother, that during his convalescence he experience conversion by reading the life of Christ and the lives of the saints?  What started out as a healing of his legs ended up as a healing of his soul. 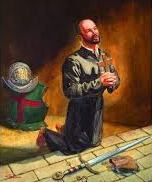 Was it easy for him?  He began with a general confession and did penance for his many sins: severe fasting, long hours of prayer, sleeping on the ground, wearing sackcloth. He experienced periods of intoxicating sweetness, peace and even ecstasy, alternating with severe temptations unrelenting scruples that nearly drove him to suicide for three months.  Then the darkness gradually lifted until one day when he was sitting by the riverside he received a mystical grace of knowledge and understanding that was so brilliant and of such wonderful clarity that it exceeded all the graces he would ever have in the 65 years of his life. 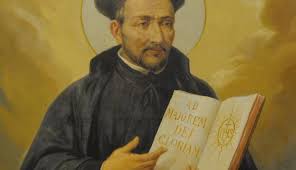 Then what happened?  He made a pilgrimage to the Holy Land at age 33, spend four years studying philosophy and theology at age 37, formed the Company of Jesus with nine companions at age 44, wrote the Constitutions at age 46, and was elected General of the new society, the Jesuits, at age 50.  He founded a House of Martha for penitent prostitutes, a House of Catherine for orphaned girls, a Refuge for persecuted Jews, and a Hospice of Charity for the poor and care of the sick.  At his death, when he was 65, there were 1000 members in 100 houses living the Jesuit way of life.

There’s a quotation from St. Ignatius that forms the text of one of our beautiful hymns: “Take Lord, and receive all my liberty, my memory, my understanding, and my entire will.  All that I have … you have given me.  Do with it what you will. Give me only your love and your grace, that is enough for me.”