Homily for the Memorial of St. Junipero Serra

St. Junipero Serra was canonized in 2015 by Pope Francis.  But last year protestors toppled a statue of Fr. Junipero Serra in San Francisco’s Golden Gate Park, and a couple days later another statue of Serra was toppled in downtown Los Angles.  What’s happening here?  Is he a saint or an oppressor? 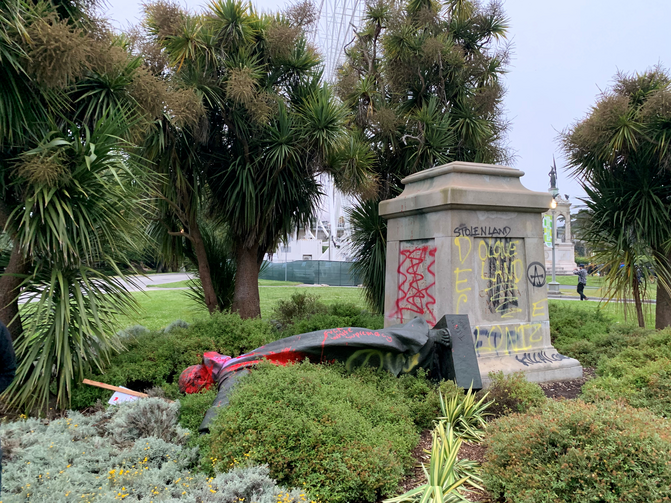 At his canonization six years ago, 25,000 people gathered at the Shrine of the Immaculate Conception in Washington D.C. to rejoice in Serra’s elevation to the ranks of the saints.  It was the first time a saint had ever been canonized on U.S. soil. By contrast, in a video of the events in Golden Gate Park last year people shouted, “Pull it down, pull it down.”  Then they began to strike and kick the fallen statue, and smear it with red paint, a symbol of blood.

In defense of Junipero Serra’s sanctity, we know he clashed with Spanish authorities over the way soldiers mistreated native peoples. Pope Francis told those attending the canonization that Serra “sought to defend the dignity of the native community, to protect it from those who had abused it.”  So, why topple his statues?

Protestors were insisting that the whole story be told, not just the good that Serra did, but also the indefensible acts of violence and the repressive laws that marked his time in leadership which even Pope Francis described as “grave sins … committed against the native peoples of America in the name of God”.

Well then, was Junipero Serra a saint or an oppressor?  He was both.  His whole story is not just a life of holiness.  Like all of us who struggle with the good and the bad, within and outside of us, he did too.  Like him, for the wrong that we do, we need to ask God’s forgiveness and mercy.  And like him, for the good that we do, we give the glory to God, and offer thanks for the grace of God that makes us truly holy.