Saint Peter Damian, Italian monk, theologian, cardinal and doctor of the Church was born around 1007, ninety-one years before the founding of Citeaux.  He lost both parents when he was only a child and he was left in the care of a cruel relative who neglected the boy. His clothes were rags and his food was barely enough to live on. 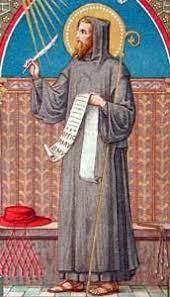 One day, young Peter found a silver coin in the road. This was a treasure, for now he would be able to buy food, and shoes for his feet. But thinking of the suffering his parents might be experiencing in Purgatory, he said to himself, “I will use this silver coin to offer Masses for my parents.”  This he did.  Soon afterward his eldest brother came to visit and was horrified at the hardships Peter was suffering. He began to care for him and provided for his education so that Peter grew up to be a very pious and learned man who became a Camaldolese hermit.

He was widely known for his great learning and holiness and became an adviser to several popes and a reformer of the clergy. In 2009 Pope Benedict XVI wrote a homily about St. Peter Damian.  He singled out Peter’s profound teaching about the relationship of each individual Christian to the whole Church.  Peter teaches that, “The Church is so united that just as she has many members so is she, mystically, entirely contained in a single member; in such a way that the whole universal Church is rightly called the one Bride of Christ in the singular, and each chosen soul, through the sacramental mystery, is considered fully the Church”.  Pope Benedict comments, “The whole Church is present in her totality in each one of us.” 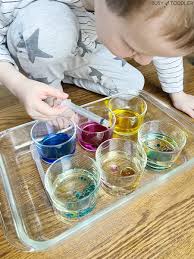 Expressed in a more familiar way, the Catholic Catechism teaches that we are sharers in the divine nature of God. An image helps me understand this mystery. Picture a glass of water. Put a drop of green dye into the glass and it quickly merges with all the water. The whole glass of water becomes one with that single drop of green dye. By contrast, put a drop of oil into the water and it remains separated, unable to mix with the nature of water.  So it is with all of us, the Church is wholly present in each Christian, and together we are the one Mystical Body of Christ, while those not in the state of grace are like drops of oil that do not and cannot share in God’s divinity.

That is why there is no salvation outside the Church, the Mystical Body of Christ.