Memorial of St. Teresa of Avila

Do you have the courage to offer this prayer of St. Teresa of Avila: “Lord, either to die or to suffer. I don't ask anything else for myself”? She continues, “It seems to me there is no other reason for living than to suffer trials and this is what I most willingly beg of God.”1 “Let us not tire of praising so great a King and Lord who has prepared for us a kingdom without end in exchange for some little troubles which will end tomorrow and which come wrapped in a thousand joys”2 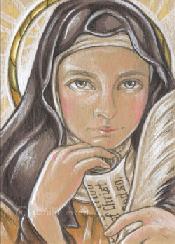 That's what happened when she entered the Carmelites. She writes, “I remember clearly that when I left my father's house I felt that separation so keenly that the feeling will not be greater, I think, when I die. For it seemed that every bone in my body was being sundered. … But as soon as I received the habit, the Lord gave me an understanding of how He favors those who force themselves to serve Him. … He gave me such happiness … that it never left me up to this day.”3 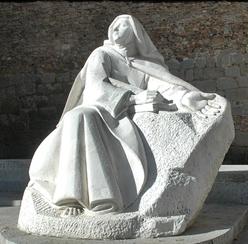 After her profession of vows the Lord continued to fulfill Teresa's prayer when her health broke down. She describes her illness this way: “With continuous fever and great lack of strength I was becoming so shriveled and wasted away that my nerves began to shrink causing unbearable pain … I remained in this excruciating state for three months.”4 She didn't get better, but worse. At the age of 24 she suffered a complete breakdown, went into a coma, and appeared to have died. A grave was dug, wax was put on her eyes, and funeral rites were celebrated by the monastery of friars outside the city. But Teresa wasn't dead. She regained consciousness before they could bury her. Her tongue was all bitten up, her body drawn together in a ball, and she was totally paralyzed. Teresa was in so much pain she couldn't bear to be touched for eight months. The paralysis gradually decreased over three years, but she never fully recovered her health. She suffered so much nausea every morning that she couldn't eat until the afternoon. And in bearing all these physical afflictions, she also suffered interiorly. For twenty years she lived without any consolations. She writes, ” … my soul was tired. It happened one day on entering the oratory I saw a statue of the wounded Christ. It well represented what he suffered for us. I threw myself down before Him with the greatest outpouring of tears and put all my trust in God. … From that time I began improving.”5 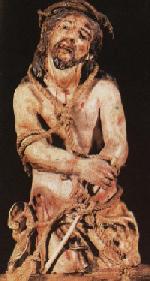 Yet, her sufferings continued in a new way. Teresa started a personal reform that attracted other sisters. This sparked misunderstandings and intense opposition from many, including her superiors, for the next twenty-five years until Pope Gregory XIII established the reformed Carmelites as an autonomous province.

Even then, her prayer “either to die or to suffer” continued to be fulfilled. On Christmas Eve, 1577, at the age 62, she fell down the stairs at St. Joseph's convent in Avila and broke her arm. It didn't set properly, so an unskilled doctor proceeded to break her arm again in order to correct the deformity. There were no anesthetics in those days. He only made things worse. Until her death five years later her arm was useless. She needed the help of a young infirmarian to dress and undress.6

God answered her prayer because St. Teresa understood the paradox that sufferings borne with a spirit of love for God and others are beatitudes, they are a cause of true joy, of happiness even now and in the kingdom of heaven. She writes that those who bear sufferings generously, “who struggle to reach the summit of perfection, will never go to heaven alone, they will always lead many people along with them.”7 What a great joy it will be when we see how many people have been helped to heaven by our generous intercessory sufferings! What better alms could we give than that? 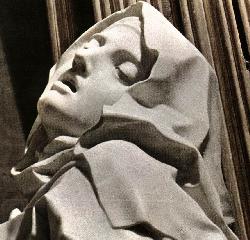