Memorial of the Passion of St. John the Baptist

This contrast points to another contrast: that of vulnerability. Herod would be invulnerable; John is vulnerable.

Vulnerability is the capacity to expose oneself to the risk of being harmed. It is a type of openness.  One is open to being wounded. Being vulnerable is not something most people would do…unless…they have a really good reason. 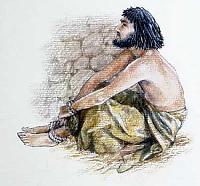 John the Baptist was open to the risk of being wounded and thereby open to the healing of the wound. His openness meant he accepted his mission to affect the environment and to be affected by it. Such acceptance gave him the ability Herod did not have: John had the ability to choose. Herod lacked this because he lacked a sense of any clear meaning in life, of what matters most.

John had this meaning in life. That was his reason for being vulnerable. It was a relationship with the God and Father of Jesus Christ. While Herod sought the transitory approval of the party-goers and the dancing girl, John sought the eternal approval of the Father.

The evangelist Mark is highlighting our vulnerability to approval and disapproval; to our need to belong. These can affect our receptivity to Christ.

So, we need a reason to be vulnerable and the church we belong to gives us that reason and an exemplar of it. John the Baptist opened himself. He gave himself to that which moved him in the depths of his heart. To give of oneself wholeheartedly is to devote oneself entirely to what one loves, to give oneself without reservation, without inhibition, and without restraint. The reason is that God loved us first.

In the end, we must entrust ourselves to mystery. This effects our receptivity to Christ.