Monday after the Epiphany

Homily for Monday after the Epiphany 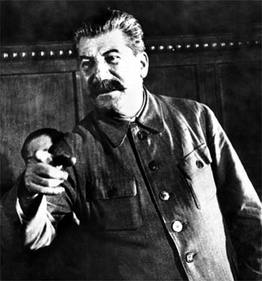 When John the Baptist was arrested by Herod, did fear begin to spread among John’s disciples?  Tyrants rule by fear.  During Nikita Khrushchev years leading the Soviet Union, he denounced many of the atrocities of Joseph Stalin. Once, as he was censuring Stalin in a public meeting, Khrushchev was interrupted by someone in the audience who shouted, “You were one of Stalin’s colleagues. Why didn’t you stop him?”  Khrushchev shook his fist and roared in angry, “Who said that?”  An agonizing silence followed when no one in the room dared move a muscle. Then Khrushchev replied quietly, “Now you know why.”

Fear begins early in our lives, like fear of a monster lurking under the bed at night or hiding in your dark closet ready to devour.  I fear being alone in a black forest on a moonless night, exposed to wild, hungry animals.  But some people seem to have almost no fear.

A man flew to Chicago and hired a taxi.  Coming to a red light the taxi driver didn’t stop. The man said, “Hey that was a red light you just drove through!”  The driver replied, “Yeah, I know, but my brother does it all the time.”  Soon they came to another red light and the driver went straight through again. The passenger

cried, “You’re going to get us killed!  Why didn’t you stop?” The driver repeated, “Don’t worry. My brother does it all the time.”  Then they came to a green light. The taxi driver stopped and looked to the right and to the left.  The passenger said, “The light is green. Why are you stopping now?”  The driver replied, “Because I never know when my brother may be coming through.”  Fear in a fallen world is universal, especially fear of pain and death and hell.

When Jesus heard that John had been arrested he withdrew to Galilee and went to live in Capernaum, not from fear of the tyrant, Herod, but to begin fulfilling the prophecy of Isaiah, “The people who sit in darkness have seen a great light, on those dwelling in a land overshadowed by death light has dawned”  (Mt 4:16 & Is 9:1). 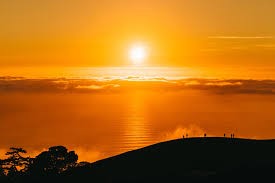 In this season we are celebrating the turning point in world history, from fear to hope, when Jesus begins preaching the good news, forgiving sin, healing every disease and proclaiming that the kingdom of heaven is at hand.  “Fear not little flock, for it is your Father’s good pleasure to give you the kingdom” (Lk 12:32). “He will wipe away every tear from your eyes. Death will be no more.  Nor mourning nor crying nor pain, for all these things have passed away” (Rev. 21:4).