Monday in the Octave of Easter

At Eastertide there is a custom among members of the eastern rites to greet each other by saying “He is risen!” The other responds “He is truly risen!” One year, when I was returning to the seminary after Easter break, I arrived at the door of my room at the same time as a fellow student a few doors down. He was studying for a diocese of the eastern rite. I did not know about this customary greeting. He called out to me “He is risen!” I looked confused and called back “I know!”

Today Mary Magdalene and the other Mary encounter the risen Christ and they know He is truly risen. His predictions of His rising were proved true and with that everything He taught about living became sacred. Most of all, His teaching of an unconditionally loving Father was proven true. 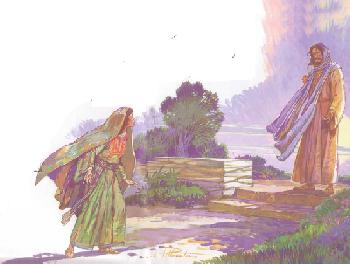 Unlike Mary Magdalene, we have not visually seen Jesus Christ. What we have in common with her, is the interior experience of the resurrection.

Interiorly, there is an order of discovery. At Christmas we saw that people first related to the infant Jesus of Nazareth as a community of shared affection. It is easy to feel affectionate toward babies, puppies and kittens. This affection is a foundation and as a shared affection it forms a community. It is emotional and so not lasting; it must be developed.

Jesus grew to be a man and attracted followers and he eventually called them “friends.” Affection develops into friendship, a higher level of love. With friendship there is reciprocity. They mutually want to spend time with each other, be loyal and honest with each other. And friends form commitment. It grows naturally out of this shared vulnerability. The friend becomes like another self. Friendships are more enduring. 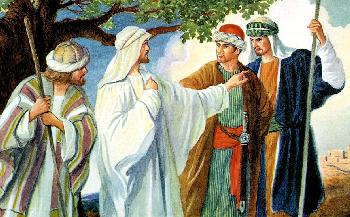 As Jesus taught and healed, a still higher level of love developed. The relationship between Jesus of Nazareth and His follower became a “first-priority” relationship. They left everything to follow Him. He taught them meanings of parables not shared with the public. He had His last meal with them. When the foundation of shared affection was forgotten, though, the men got into arguments about things like who would sit at His right and left in His kingdom. And when adversity struck, the men deserted Him. Only the women continued to make Him a first-priority.

And so on Easter morning the women reached the highest level of love: an unconditional, self-forgetful love for the goodness they found in Him in Himself. “They embraced His feet and did Him homage.” That goodness was His own unconditional love for the poor, afflicted, and most of all, sinners. When the women, and eventually the men, encountered Jesus the Risen Christ they knew that this was a love they must live toward and they could only do so by His power. It was a love that sought no reward. 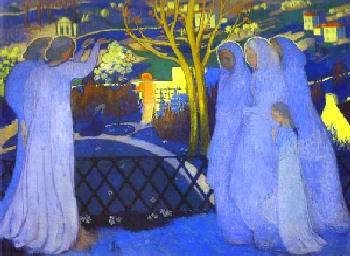 Each of us has had and is having her own experience of being called through these first three levels of love and now being raised to at least an attraction to, a desire for this highest level of love.

So we have faith in the resurrection of Jesus Christ, hope in our own resurrection, and most of all love for this God who saves us. “And the greatest of these is love.” I don't know if such Love makes the world go round, but it sure makes the ride worthwhile!