Monday in the Seventeenth Week of Ordinary Time at Mississippi Abbey

Homily for Monday in the Seventeenth Week of Ordinary Time

Today’s gospel again uses seed-sowing parables. They use the familiar to teach about the unfamiliar. And parables always contain surprises. What is familiar today is big-ness. Something as awe-inspiring as the kingdom of heaven would presumably be huge in its manifestation and compelling in its impression on people. It would be like the “mighty cedars of Lebanon.”

But no…       Instead we again hear a story of a tiny seed-sown that grows into something problematic, yet of God. 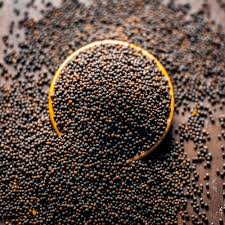 First of all, seed is sown deliberately. Then that seed dies and from that death a new life emerges. It looks nothing like its origin. That new life is a mustard plant, a lowly herb that, like dandelions, is found in anyone’s backyard. Not very impressive! And there is a certain way that plant should grow; it should keep to its place and stay within its bounds. Also, Mustard plants do not grow large enough for a bird’s nest and since the birds represent Gentiles –outsiders, the uncool- we don’t want them anyway.

But no… The mustard plant symbolizes something powerful growing out of weakness. Its power comes from the ventures of everyday people—including the uncool—trying to live by faith in the words of Jesus Christ.

Now Jesus says that this mustard is deliberately planted. Mustard is planted in only one or two patches in a field because it tends to go wild and take over other patches. People try to limit it.

But no… The mustard seed of God’s word cannot be limited just because one doesn’t want it. And it keeps growing to such proportions that even the uncool are attracted to it for its comfort. Jesus is saying we actually have something ultimate in common with the uncool! One might like to think that because they have a monastic or a marital vocation that they can admire the distance between self and the uncool. 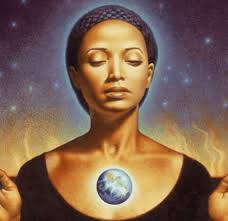 But no… The next parable, where God is portrayed as a woman, the next parable says there is something hidden in all of us that is spreading and ruining life-as-usual. Yet, at the same time it is giving a new life that makes life itself worthwhile. The kingdom of heaven comes to each of us in a subtle, hidden way… as a vocation.

When a vocation comes, marital or monastic, there is an element of accumulation in which a series of small things, trivial in themselves, suggest a pattern that nudges you in a direction. It is in that hidden action of God that one sees that Someone else is setting the direction and the events of one’s life.  We become restless.

As C.S. Lewis has said, “To follow a vocation does not mean happiness, but once it has been heard, there can be no happiness for those who do not follow.” 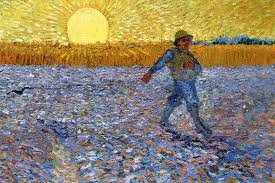 I remember when the call came to me in a movie theatre in Bellevue, NE. It began to spread into every area of my life. At first, I was impressed by the lover’s gift, but gradually I was overtaken as I began to notice the love of the giver. It kept going deeper making all else uninteresting. I tried to stop it from spreading… I tried to shake it off…