Monday in the Seventeenth Week of Ordinary Time 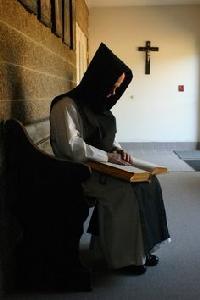 I once met a monk of the Common Observance Cistercians who run a school in Dallas Texas, a really fine man gifted by God with a rare combination of intelligence and sincere religious devotion. He told me that, as a young monk he dreamed of studying scripture; of spending the rest of his life prayerfully pouring over the Word of God, his intelligence more and more formed and illumined by the mystery of divine love, and he dreamed of his heart and soul raised in time to attainment of the beatific vision. He told his abbot this one day. The abbot responded: “Uh . . . Well, I'm glad to know that, but what we really need in the school this semester is a mathematics teacher.” The monk was stunned. He couldn't remember the last time he had looked at a book on mathematics and when he tried to picture himself teaching it to a class full of high school students, well, the screen was blank. The abbot asked him: “Will you do it?” and the monk answered: “Yes.” And he did. He became a math teacher and it was work; something he had to work at for years. At the time I met him he was in his seventies, still teaching high school math and definitely the happiest math teacher I ever met in my life.

His voice became a little hushed with wonder, as he told me how, pursuing this unlikely career, he discovered he actually had an aptitude for math, and that he also had a gift for teaching, and engaging high-school students; a gift the students readily recognized and came to love him for, with the result that his life had been enriched by hundreds of cherished relationships; a sign of a marvelous almost miraculous generativity which had manifest itself in this celibate monk and which left him, as an elderly man nearly speechless with gratitude and delight with how his life had turned out. It seemed to me this monk had been the subject of a kind of ravishing,almost an abduction, picked up and carried away 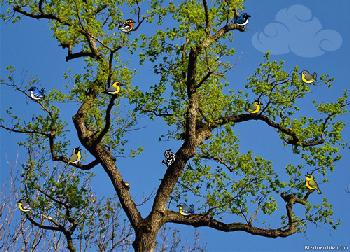 on a path completely different than any he would have chosen for himself and which had ended with him singing God's praises on the very threshold of eternal glory. William Shakespeare once said: “It is by indirection that we find our true direction.” Our gospel today is telling us: don't grow the tree. Don't fixate on a life you've worked out in your imagination, as if you yourself were making the tree. God will grow the tree. Take up the seed; pick up that ugly, hard, grey little lump of a seed. Plant it and work it. Work the seed and a tree will grow; a tree far greater and more splendid than any you could ever have imagined, a tree that will attract a great assortment of little birdies whose song will serenade you all the days of your life and into the ageless eternity of God.