Monday in the Seventh Week of Ordinary Time

Homily for Monday in the Seventh Week of Ordinary Time

Thomas Jefferson was author of the Declaration of Independence, third president of the United States responsible for the Louisiana Purchase, and the foremost spokesperson for Democracy.  He founded the University of Virginia, promoted religious freedom, and famously declared that all men are created equal.  He also edited the four gospels in a book titled, “The Life and Morals of Jesus of Nazareth,” known as “The Jefferson Bible.”  But this great founding father of the United States did not believe in miracles.  So he excluded them in his bible. 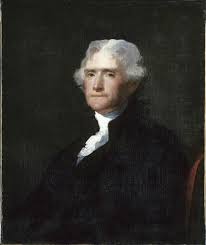 Thomas Jefferson, like the boy’s father in today’s gospel, had belief and unbelief.  He believed in God as creator of the universe, and he believed in an afterlife.  But he did not believe in the Trinity or the divinity of Jesus as the Son of God.  He believed in reason but not in       supernatural revelation.  He was firmly anticlerical, but not so firmly antislavery for he owned 140 slaves.

That was the dark side in Jefferson’s life, a mix of belief and unbelief that continues in our country to this day, a demonic spirit that Jesus said can only be driven out by prayer.  I don’t know if Jefferson ever prayed “I believe, help my unbelief” but that’s a prayer of intercession we can frequently make for all people.  Our world has its very dark side, and we need to pray for it because only Jesus can cast out so many demons of unbelief.