Monday in the Sixth Week of Easter

Homily for Monday in the Sixth Week of Easter

Today’s gospel is about vulnerability; “Blessed are the meek”.

Jesus warns His followers that religious leaders will be their most fierce opponents as they attempt to carry out His mission of making the Father known to the world. That He uses “they” and “everyone” indicates the people in the community will obey the leaders to the point of excluding and even killing, and in such obedience “they will think they are offering worship to God.” It is the people disciples might think they have the most in common with, that they would least expect, who will violently oppose them.

On the natural level, the disciples would try to deny their vulnerability and deal with them by either trying to get the upper hand or by abandoning the project and fleeing. Either way, Jesus says they would be “falling away.”  Rather than leave them to do what 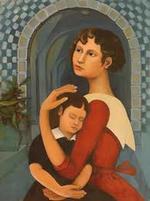 comes naturally, Jesus gives them another power by which they may deal with this: It is “the Spirit of Truth.”  And the Spirit will enable them not to out-maneuver others, but to simply witness to their own experience of Jesus Christ. “Blessed are the meek.” Thus, as Jesus had earlier commanded them, they will “love as I have loved you.”

It is their personal experience of Jesus Christ, through whom they know the Father, which is the point of contention. The disciples are living in the truth. The religious leaders, concerned with their own status, find this troubling.  In rejecting Jesus they do not come to know the Father and such willful ignorance is labeled by Jesus as “hate.”

Jesus tells His disciples this so that, when persecution happens, they may remember what He told them. Why?  What does it have to do with us today? 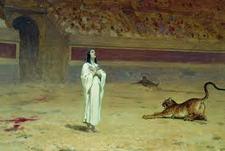 One’s relationship with God, and the call to live out that relationship in a particular way of life, occupies the deepest and most vulnerable part of the heart. The call is not received as a neat idea; it is a conviction. So, one enters a community of people who seem to live from that same depth. One thinks that the vulnerability that comes from living for what matters most will be shared and respected in such a community. Then one finds out it just ain’t so. But one has been called to be a witness, in other words, a martyr. What will you do, what will you do? 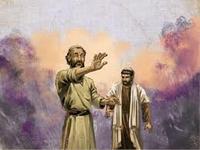 Here’s what you do: First, remember Jesus and the man with the withered hand. Jesus invited him to come before everyone. In the next step of vulnerability He told the man to “stretch out your hand.” And that act of vulnerability allowed the hand to be healed. (Mark 3:1-6)  So…acknowledge the hurt. Swallow your pride and admit that you’re hurt – something or someone got to you. Admit that you’re not invulnerable to rudeness, thoughtlessness, criticism, injustice, betrayal, neglect, and ingratitude. You’re not as invulnerable as you thought you were. Admit that you’re not the Teflon woman; that you are unable to snap out of it as quickly as those around you would like.  Then you’ll remember what Jesus said. And then you’ll remember that His power is made perfect in weakness. Then you’ll be open to the Spirit of Truth.