Monday in the Third Week of Lent at Mississippi Abbey

This evening we have a sharp contrast in stories of people called to conversion. Naaman and the people of Nazareth are confronted with an occasion to change their actions and their passions. Actions are instances of self-controlled movements. Passions move us. Actions are committed; passions are suffered or let be. Passions are partly constituted by beliefs about what we think the case is in a situation and by evaluative judgments about the importance of the situation.

Naaman is angry that he travelled a great distance only to be told to wash in a river he thought inferior to those in his homeland. Yet he is persuaded to do so and a cure is effected. More than the cure, his interiority is changed and he believes the God of Israel is present to him. 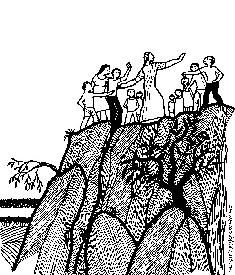 That’s a big deal: to experience the presence of God!  That didn’t happen to the people of Nazareth. They cling to previous beliefs and evaluations. They are “filled with fury” when asked to be open-minded about what is the case with their native son. They rejected Jesus. They did not experience the presence of God. “He passed through the midst and went away.” Their interiority is unchanged.

A change in interiority, in what we value and how we value, is at the heart of conversion. Naaman came to believe that the God of Israel was present to him. He didn’t just believe in this God’s existence, or that He was a swell guy. He didn’t think this god had laser-ed him from afar. He was present to him. And that changed all of his ideas about what matters most and how all else lines up behind it. The presence is not just a companion; it is a power. It made a difference.

And since conversion is at the heart of monastic life, this change of value is critical to how we live monastic community to good effect.

For each of us, God became present to her in a new way. It gradually crowded out all else in importance. As we saw yesterday with the Israelites, this presence exuded goodness and care for our well-being. We were living with a new intention. This presence mattered more than personal satisfaction. 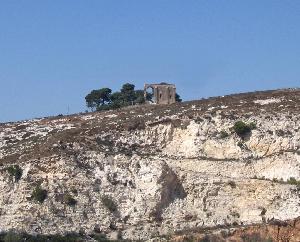 And how do we know this? God tested us as He did Abraham. He tested us twice: once during novitiate and the other all the time after that. The tests are not necessarily Pass-Fail! They reveal something to us… something He wants us to know. One revelation is to Himself, the other to the Sister. Like with Abraham, He reveals Himself: “Now I know…”  And then He reveals the sister’s virtue. He tells the sister who perseveres, “…that you fear God.”

This changed interiority revealed more than anything else we had ever experienced, who each is as a person. Having discovered this, we could live for just one purpose: self-donation to this Presence.