Monday in the Thirty-Fourth Week of Ordinary Time

Homily for Monday in the Thirty-Fourth Week of Ordinary Time 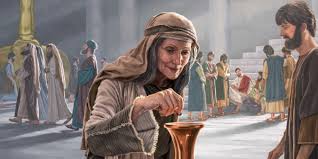 The widow’s mite reminds me of two stories about generosity that happened closer to our own times.

The first story is about a social worker who had donations to help farmers in extreme need. She came to the home of an elderly couple in a remote area. The screens on their windows were torn and the exterior desperately needed painting.  She asked them, “What will you do with an extra thousand dollars?”  They consulted each other and said, “We will give it to the poor.”

The second story comes from Fr. Ailbe Luddy’s book titled, The Story of Mount Melleray.  He writes that in the year 1839 the Irish monks were facing starvation because of a crop failure and they had no money to buy food.  A humble stable-man named John Flynn heard about their distress.  He had worked long and hard to save money for his old age.  But in compassion for the monks he thought, “This is not a time to hoard wealth against an uncertain future when the monks were perishing from hunger.”  So, one rainy evening he knocked on the door of the monastery and asked to see the Superior.  The Abbot was astonished when this simple, pious man placed in his hands the hard-won savings of a life-time.1  Since it was the founders of New Melleray buried in our cemetery who benefited from John Flynn’s tremendous generosity, we can say that what he gave to them, also helped you and me.

Monday in the Thirty-Fourth Week of Ordinary Time

Homily for Monday in the Thirty-Fourth Week of Ordinary Time

Dr. Abraham Low, a Neuro-Psychiatrist proposes 9 rules for keeping your calm in a chaotic world.  Among them is this one: “Remember: sensations are distressing but not dangerous.”  That seems to me helpful advice in this distinctively chaotic historical moment you and I are living through. Sensations can be distressing.  They are not dangerous.  Now, these days, it’s rather common for certain people to object to the utterance of certain words; or the expression of certain opinions, or the display of certain images, which they insist cause their feelings to be hurt.  There is the implication here that hurt feelings are injurious, maybe even destructive of their very person.  To such people we are apt to say, “Hey, it’s not the end of the world”, and there’s a reason we say that.  A person who believes a sensation, such as hurt feelings, is dangerous, is going to find himself in danger – all the time.  We all hurt each others feelings every day.  Dennis Praeger has said, “With the possible exception of your mother and your therapist, nobody cares about what you are feeling.”  But a human being cannot live feeling he is in danger all the time and so will come to believe the world must end very soon, or, if the end be too long in coming, that he must undertake to bring it about himself, in which case, we witness the birth of a terrorist. 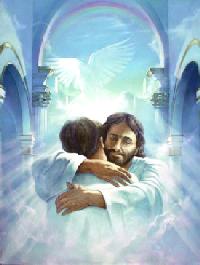 But this is a vision of the end of the world inspired by fear which never considers the possibility that the end might actually be effected by love triumphing over everything.  In today’s gospel, Jesus talks to his disciples about the end of the world.  This is not just a description of the most terrible thing that could ever happen.  Jesus does foretell certain very bad things that must happen first and which will be for us a sign that the end of the world is very near.  But the end itself, when at last it comes, will be glorious; the supreme triumph of God and man: the triumph of grace over sin; the triumph of love over death; the Eternal God releasing us from the prison of time.  At the end, for all who believe and accept God’s offer of love, each person will realize the purpose for which he or she was created: to know and love the eternal God and sing His praises all together with one voice in the company of the saints in heaven.  The church offers us this gospel on the eve of the Advent season for a reason.  It is to keep us from becoming prophets of doom in these chaotic times and to dispose us to look forward with joyful expectation to the birth of God in the world.