Monday in the Twenty-Fourth Week of Ordinary Time

The event Luke recounts stands on the shoulders of earlier decisions the centurion had made.

He had experienced a conversion of many of his values as evidenced by his kindness to the Jews, his building of their synagogue. His choice of these actions did not just influence those events. They affected his whole sense of good and the order of good.  And this sense of good affected the kind of person he was to become. 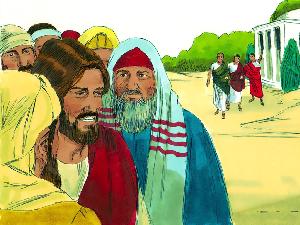 The centurion had rejected biases he must have had in coming to Galilee from Roman culture. The elders said, “He loves our nation.”  Conversion always begins with love. Love affects us most deeply and moves us to make significant changes; to organize our lives around what is loved. Grounded in that love, one changes their sense of what matters most. What matters most in love is the other, not just self. Love frees us from the bondage of self. When that love is for God and the things of God ones whole attitude and outlook on life changes in ways that free her.

Not only does the conversion of love change our values, it changes our thinking. The centurion was able to change his values with regard to the community because he was able to think critically about those of his Roman culture and understand and feel the truth of Jesus Christ. 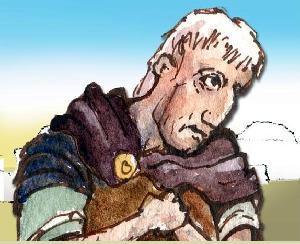 Three things impressed Jesus about the centurion: his powerlessness over the slave’s illness, his sincere seeking of Jesus’ help, and his humble love. These evoke the compassion of Jesus. These qualities of humility often evoked His help in other miracles of healing. So the centurion was right in the way he described his relationships to authority.  Through the conversion of his love to that of ultimate love, and of his values to what is of ultimate value, he found a transcendent way of living that freed him from being subject to passing annoyances and fascinations. He could live for and from what is pervasive, enduring and deep and not merely for what is momentarily advantageous to self. He was free from the limits of merely self-regarding choices. Having discovered authentic values, he was able to be self-sacrificing. Whoever is not subject to their superior will become subject to their inferior.