Palm Sunday of the Lord 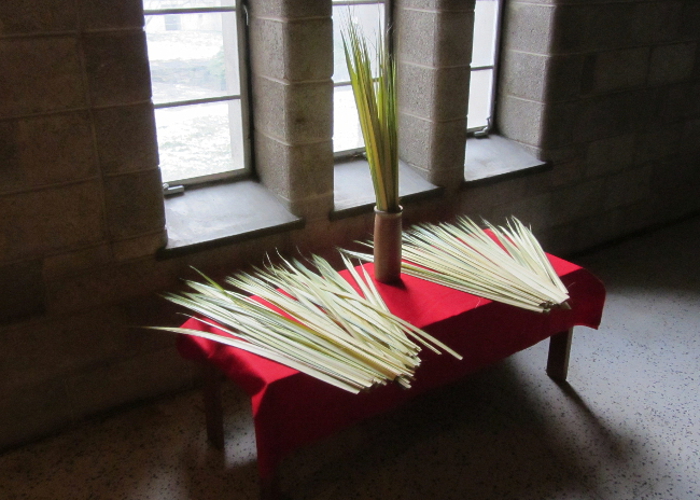 "If they keep silent the stones will cry out."

In Jerusalem today, at the Armenian church of Saint Mark, you can see embedded in an ancient wall these stones Jesus referred to that would have cried out. But not only the stones, but the trees of the wood would shout for joy, the rivers clap their hands, the stars would dance, and the heavens proclaim the glory of God. As we say at every Mass, in the Church's praise we give voice to every creature as we proclaim, "Holy, Holy, Holy Lord. … Heaven and earth are filled with your glory. Hosanna in the highest. Blessed is he who comes in the name of the Lord." 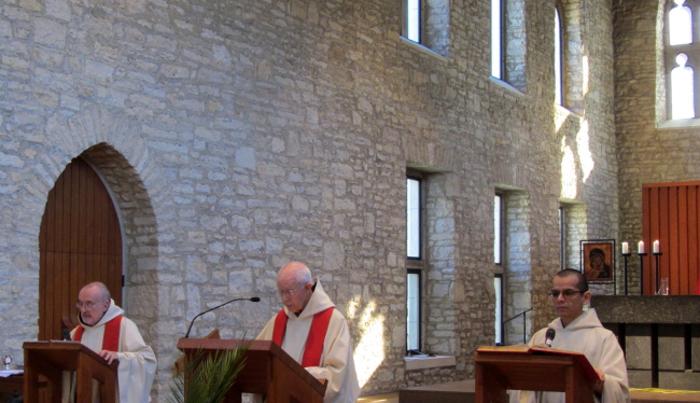 We heard the account of the Passion according to Saint Luke. The account began, though, not with the Passion of Jesus, but with his last supper. Each evangelist has his own way of narrating the Lord's Supper. John begins his own account by saying that Jesus loved his own … and he loved them to the end. Luke, for his part, lets us hear Jesus speak for himself: "I have eagerly desired to eat this Passover with you before I suffer." The Supper, then, is an act of personal love and desire. "He took his place at table with his disciples." That preposition "with" is so eloquent, for in human culture love and desire are manifested in our being with the beloved, in communion, in solidarity.

The Lord's Supper, in all the gospels, is a bridge between Jesus' ministry of teaching and healing, and his excruciating and incomprehensible abandonment, trial, torture, and death, death on a Cross; the Last Supper is a bridge between his being the Good News of reconciliation and peace, to his being the lightning rod of all the bad news that human beings are capable of.

Incomprehensible, I said, in the way that the brutal execution two weeks ago in Yemen of four Missionaries of Charity and their collaborators was incomprehensible: only in the logic of Satan could there be any connection between their lives of mercy and the brutal manner of their deaths, and so it was with Jesus. The bridge between the two, the gracious life and the awful death, was the Last Supper.

At the Last Supper Jesus applies his own logic to the events and, before the event of the Passion, provides its meaning and comprehensibility: and it is simply this, to repeat John and Luke, he loved them to the end; "with what desire have I desired to celebrate this Passover with you before I suffer." The Last Supper, communion and bonding in the power of "with," is the meaning both of Jesus' ministry for three years, and his imminent torturous death of three hours. It is not for nothing, but precisely for this logic of communion, love, and desire, that Christians ever since have - not reenacted the crucifixion every Friday, but gathered every Sunday to re-present the Lord's Supper in what we Catholics call the Eucharistic liturgy, the Sacrifice of the Mass. 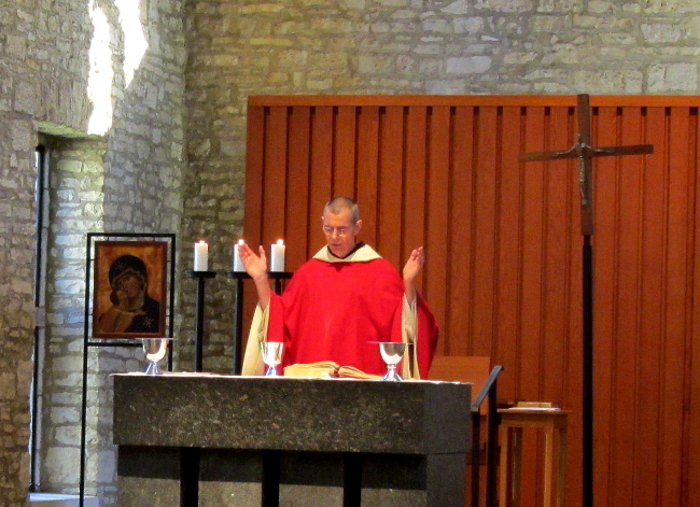 At the Last Supper, Jesus takes Bread, But speaks of his Body; He takes Wine, But speaks of his Blood. At Mass we say about the Bread and the Wine we offer, "That they may become the Body and Blood of our Lord Jesus Christ." This phrase "Body and Blood" immediately invokes the violent death of the crucifixion, capital punishment that, as Luke noted, was a public spectacle.

The name, Jesus Christ, designates the very source of life: "he touched the servant's ear and healed him," and to the Good Thief, "today you will be with me in Paradise." In the Mass the Cross and the Supper are one; giving life and being put to death are a single gesture. When we enter deeply into what is done around the Bread and the Wine, symbols of life, we at the same time enter deeply into what is done to the Body and the Blood, symbols of death. If life is given us, it is by means of a death, and if we in turn are to give life, death must likewise be part of that gift: "For who is greater: the one seated at table or the one who serves? Is it not the one seated at table? I am among you as the one who serves." "Do this in memory of me."

We heard the Passion account from the Gospel of Saint Luke. May I suggest that this week we spend some time in prayerful reading of this precious account? For Luke studs his telling with brilliant gems all his own, and there is one or maybe two for everyone:

May our commitment to Christ, to his Church, and to proclaiming the Gospel of joy, be renewed this week, because it is still true, "I tell you, if we keep silent, the stones will cry out!"