Saturday in the Fifteenth Week of Ordinary Time 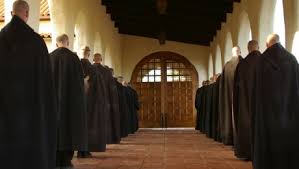 A Benedictine, Fr. Alfred Deutsch, wrote a book about the monks of St. John's Abbey titled, “Bruised Reeds and Other Stories.” He writes that one of the novices raised his hand and said, “Abbot Martin, some of us have been quite shocked by the conduct of Father Adolph. While we are lined up for choir and trying to prepare ourselves of the Divine Office, he saunters among us, dangling his rosary, punching and kidding us as he passes by. In choir he is constantly slouching and talking to the monk next to him. He is careless about everything he does, and he seems to have no respect for anything.” 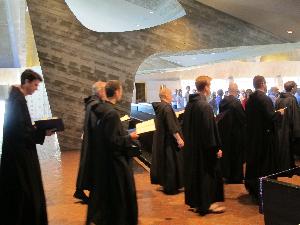 Abbot Martin replied, “Dear brother, you're looking at his outer shell, I look at his inner core. I admit, Father Adolph doesn't have the decorum he should have as a monk. And I hope his shortcomings will prod you to have the proper deportment. But his inner core is solid, he is a good monk.” 2

Abbot Martin was following St. Benedict's rule: “strive to be loved rather than feared.” It's the way Jesus wants all of us to act, following his own example. We can never be too kind to each other.