Saturday in the Second Week of Lent

Homily for Saturday in the Second Week of Lent 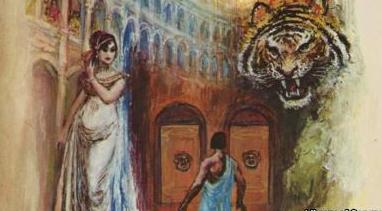 In a short story titled The Lady or the Tiger,a young man is faced with a dilemma. He is in a coliseum standing before two doors. Behind one door there’s an exceedingly beautiful maiden. If he opens that door, she will be his. Behind the other door there’s a ferocious hungry tiger. If he opens that door he’s toast.1 The story ends exactly at the point when the young man opens one of the two doors, but we aren’t told which one. We are left wondering whether his choice was tragic or happy.

The Parable of the Prodigal Son also ends abruptly, without telling us the older brother’s decision. Did he enter the celebration or not?  After years of obeying his father, did he now refuse what his father asked of him? Jesus leaves us in suspense, because like the older brother, the end of our personal stories has not yet been written. Will our choices end in tragedy or happiness? 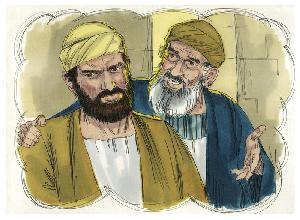 The father’s joy over his lost and found prodigal son is eclipsed by the older son’s resentment. Even if he enters the celebration, what will happen when the feasting is over? Everything the father has belongs to the older son. Will he share it with the squanderer who swallowed up his portion of the inheritance with prostitutes? He won’t even call him “my brother.” The parable ends without resolution, reflecting the broken relationships that exist in so many families and among so many peoples and nations. The parable leaves us with the question: Do we have any broken relationships that need mending?

1. Frank Stockton, The Lady or the Tiger and other Short Stories, TOR.

Saturday in the Second Week of Lent

Homily for Saturday in the Second Week of Lent 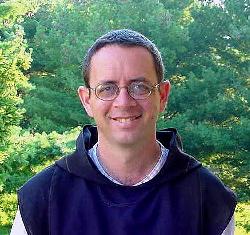 In light of today’s gospel, you might call Adam the original “prodigal son”; the first son, the blessed son of an infinitely wealthy, infinitely loving and gentle father, a son who is free to choose anything he likes – 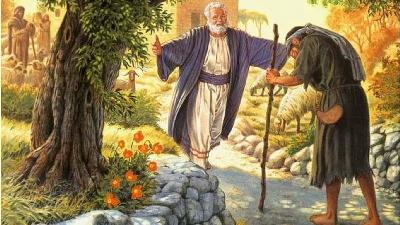 except to be a homeless scavenger, which his wealthy and loving father would never allow, and this same son decides to freely separate himself from his father and become a homeless scavenger.  Adam is the first son to think of and actually effect a separation from his father, and Adam is the father of us all.  Original sin, thus represents a problem whose solution might seem tricky even for God, because of the nature of Adam’s sin; because of the very particular way he squandered his inheritance by abusing freedom itself. 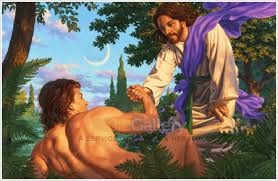 history are taken up, and resumed in such a way that not only is the broken harmony between son and father restored, but restored in such a way that far surpasses the original work God did in creating Adam.  In Christ, God is doing the beginning all over again, which makes me want to start singing “Alleluia” but we’re not supposed to do that during Lent.  Even so, this is the blessed assurance we have during the Lenten Season: that God is not inviting the Old Adam to a new beginning but, for Adam’s sake, is doing the beginning all over again.  As we proceed with our Eucharist, let us celebrate Christ’s sacrifice as prodigal sons, children of Adam the original prodigal son, and believe that feasting on his body and blood, God in us is doing the beginning all over again, for our benefit and for the eternal glory of his name.  Amen.