Saturday in the Seventh Week of Ordinary Time at Mississippi Abbey

Philosopher-Cartoonist Ashley Brilliant perhaps set the theme for today when he drew a cartoon of a man standing at a store counter saying, “Life isn’t what I wanted. Do you have anything else?”

In May of 1991 I was living in Bellevue, NE. I had a very nice four bedroom house with a fireplace. I had rented a room to a friend of mine. One Saturday afternoon we were bored and decided to go see a movie. The movie was “City Slickers,” about three guys from NYC who went on a cattle drive out west for a vacation adventure. The main character, played by Billy Crystal, had just turned 39 and was wondering where to go with the rest of his life. He had a good job and a wife he loved, but he had valued these the way the world says to value things: by the satisfaction they give. He didn’t misuse any of the things of the world; he had just rung them out for all the satisfaction they could give. Wasn’t there more to life than satisfaction? With this question on his mind, he goes out west with his buddies. 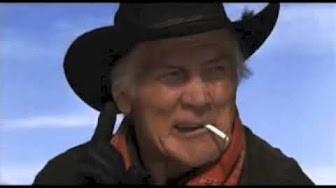 He is riding along with Curly the Trail Boss, the last of the real cowboys. Billy is explaining his troubles to him. Curly tells him the secret of life. “The secret of life,” the cowboy says,holding up his index finger, “is One Thing, just One Thing. You stick to that and everything else [is unimportant].” Billy had to figure out what his One Thing was…and so did I.

We talked last Sunday about single-mindedness, about devotion to One Thing for its own sake. Simplicity is a hallmark of Cistercian spirituality. It fosters inner unity. Inner unity is most needed by dependent people.Dependence is the characteristic of children that attracts Jesus. 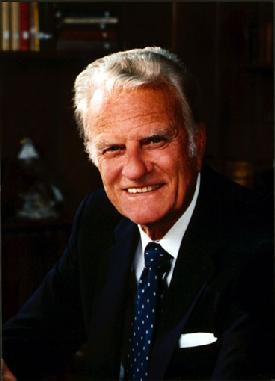 To those who have, or even long for, this inner unity, Jesus promises the kingdom of God. “Inner unity” doesn’t mean the absence of disappointment, frustration, heartbreak, or personal weakness. These are the lot of a dependent people. Inner unity means these do not have the last word. It means things that precipitate these get their true value from their relationship to the One Thing, from one’s dependent relationship with the Father. That’s how Jesus saw it and lived it.

Thomas Aquinas noted that: “Whatever is within you is subject to your nature, but that which makes you blessed ought to be above you, not subject to you.” This gives us the direction to look for our “One Thing.” To say that our lives are not just about satisfaction is to say one’s life is not about self. If a blessed life comes from above self and is not at the behest of self, then it is a life of devotion, devotion to One Thing.

Evangelist Billy Graham was once asked by a reporter what would be the first thing he’d do when he got to heaven. He replied, “I’m going to jump into Jesus’ lap and go to sleep.”   “Why would you do that?” the reporter asked.  Graham said, “I have a little daughter and when I get home, her heaven is to jump up in my lap and fall asleep. That’s trust!” 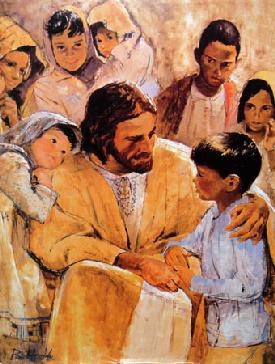 “Jesus embraced the children…and blessed them…and touched them.” Simplicity comes from communion with Christ. The children—dependent, trusting, often obedient and repentant when they’re not—receive their blessedness from above. Simplicity fosters inner unity and inner unity is the “Life” that we all seek. The secret is that there is no secret.To those who allow Christ to embrace, and bless, and touch… He promises the kingdom of God.

…or was there something else you wanted?