Saturday in the Thirteenth Week of Ordinary Time

Homily for Saturday in the Thirteenth Week of Ordinary Time

“Can the wedding guests mourn as long as the bridegroom is with them?” Literally translated, the term “wedding guests” means “sons of the house where the wedding is celebrated.” In other words, it is the groom’s closest friends. When we consider this in the light of the parable of the wedding guest in Matt. 22, we see a deeper meaning. It is about the guests as the church, the house of God and the body of Christ. The gospel tells us that Christianity is not a mere mending of the old clothes of Judaism, but is an entirely new regeneration. In short, it is a new community.

At the recent meeting of the International Association of Lay Cistercians in Avila, Spain, Dom Isidoro, abbot of Santa Maria de Huerta, gave a very inspiring talk about communion and community.

The theme of the meeting was “See how they love one another.” To this end, Dom Isidoro described the essence of Christian communion as “that which springs from the dimension of faith in the triune God, love of neighbor, and universal fraternity.” In short, as we have often said before, community and communion are formed around a shared affection. It is not enough that we be gathered around a shared object of regard (Jesus). The shared affection—its shared dimension—must be important. When it is, we will rejoice that the groom is in our midst! 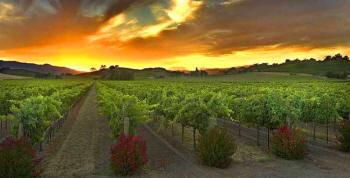 Dom Isidoro stressed that communion, like life, is expressed in many ways, as many ways as there are community members. “Community truly exists,” he says, “when we become aware of having been called by God to live in unity and in mutual giving. It is not community for what it does,” for example making candy or caskets, “but because we have been called by God for that union. …when God is not relied upon, division arises and community ceases to exist.” As Jesus said in the Vine & Branches discourse (John 15:5), “Apart from Me you can do nothing…” except mourn.

Each community member has been summoned to go in the same direction toward the same goal. That each has been summoned to be one of us can only influence our functioning as a community if we remember our origin and our goal, i.e., Who summoned. When this is forgotten, the abbot said, “a community starts to look for activities or projects to invent a lost identity. To forget our true origin and goal is to lose motivation and to let the community dissolve.” It is to mourn the loss of the groom.

Christ, in His self-sacrificial concern for the good of others, is the center of community. The shared affection, our origin and our mission must be important; MOST important! Self-sacrificeas a shared principle allows us to put our principles before one’s own personality.

Saturday in the Thirteenth Week of Ordinary Time

Homily for Saturday in the Thirteenth Week of Ordinary Time

Memorial of Immaculate Heart of Mary

When the angel Gabriel told Mary that she was “full of grace” and about to become the mother of the redeemer, Mary did not experience this as flattery or as setting her apart from others. She experienced it as a co-missioning. It was what her life was to be about. She accepted it in humility.

When the disciples of John ask Jesus about His disciples fasting behavior, He experiences it not as a routine inquiry, but rather in the light of His mission. His mission is His identity, it is who He is. He experiences everything in the light of being the Son of the Father who is sent as the Savior. As Son He is here to show all the path of life which is to be travelled by emptying oneself to the point of death. 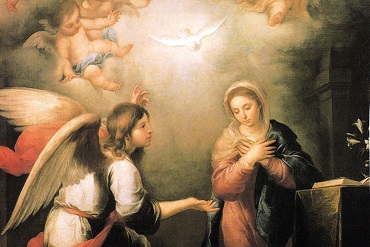 So His understanding of their question is not in terms of legal compliance, but in terms of His mission. The long-promised messiah is with them. Fasting is a form of mourning. By comparing Himself to a bridegroom and His disciples to friends of the groom at the wedding feast, He is proclaiming this as a once-in-a-lifetime occasion for joy.

Jesus is making an important judgment here. When we make judgments we make them about facts and about values. The people attracted to Jesus—whether out of curiosity or devotion—are people seeking self-transcendence. By self-transcendence I mean they sought what had more value than just how it made one feel. They wanted their life to be about something more than pleasure. And that is what Jesus offers: something new and pervasive, enduring and deep. 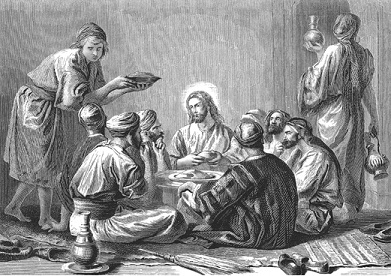 He does this earlier in Chapter 9 by dining with tax collectors and other sinners. He gives people an experience that “rattles their cage”, i.e., shakes up their usual understanding of how God works in the world. He shakes loose their inquiring minds, their reflective, deliberative selves. It is then that one looks for more pervasive, enduring and deep meanings and values and thereby draws closer to God. It is then that they can make a decision for the God and Father of our Lord Jesus Christ. Mission accomplished.