Today Jesus tells us about a widow who is persistent in demanding justice. He is urging us to do the same. Yet Jesus elsewhere urges us to turn the other cheek when treated unjustly and give more to one who takes from us. And in our Rule, Benedict says the fourth step of humility is to be “obedient under difficult, unfavorable, or even unjust conditions,” and “Quietly embrace suffering and endure it without weakening or seeking escape.” This is done “for the Lord’s sake.” So as people living a vowed life, what do we do: demand justice (a cardinal moral virtue) or endure injustice? 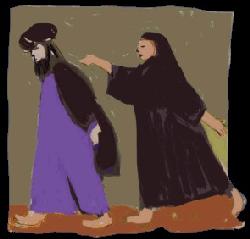 Perhaps in answering this we need to consider two things about the vowed life: First, Benedict stresses a combat stance in living this life. Obedience, he says, is our strongest weapon in this combat. We vow because we know self and know that we will be tempted to take the easy way out. Second, we enter a vowed life – marital or monastic- asking ourselves which the greater justice is: obtaining right temporal matters or becoming the sort of person the vowed life makes one? Obedience under unjust conditions is not about the situation, but about the will, the character of the person. What sort of person is that? Abbot Georg Holzherr, discussing the fourth step, says it is one who has the strengths of the martyrs who suffered unjust treatment: “patience, fortitude, steadfastness, confidence, tolerance, and willingness.” These strengths are needed “for the Lord’s sake.” 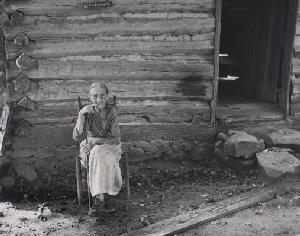 The vowed life is about what matters most and that which matters most is not a passing situation, but that which is pervasive, enduring and deep. Such a thing is always for the sake of something greater than self, something self is about.

In describing obedience as a “strong and noble weapon” to be used in a difficult and unjust situation, Benedict is paradoxically urging us to battle by surrendering. A story is told of a barbarian general who came into a conquered village only to find all the people had fled. In anger he asked the troops, “Is there no one left to pay tribute, to force into slavery?” A soldier replied, “As far as we can determine there is no one left except an old holy woman who lives in a hermitage just outside the village.”

The general marched outside the village and demanded to see the holy woman. After searching he found her quietly meditating. The general was furious that she refused to acknowledge him as conqueror. He shouted at her, “Do you know that you are looking at a man who could strike you dead without batting an eye!”

The holy woman raised her eyes and fixed them steadily on the angry commander. Calmly she said, “Do you know that you are looking at a woman who can be struck dead without batting an eye?”

There’s a sadness in our Lord’s words at the end of today’s Gospel: “When the Son of Man comes, will he find faith on earth?”  In another place Jesus says, “Because wickedness is multiplied, most people’s love will grow cold” (Mt 24:12). 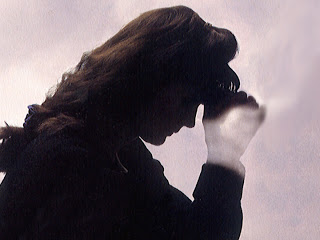 What would our world be like without faith and charity?  Another way of saying this is, “There will be a loss of prayer.”  Because prayer is faith and charity, it is awareness with love of God.

But we don’t have to wait until the end of the world to experience this loss.  When I was a senior in high school at Marquette in Milwaukee, my class elected me to represent them on the student council.  A teacher we all liked was assigned to a different class.  I decided to express our anger by quitting school.  After gathering my stuff from a locker I was marching toward the exit when a Jesuit I respected saw me and asked what I was doing.  After venting my anger he didn’t try to stop me.  He simply said, “Have you prayed about this?”  I hadn’t.  So, I went to the chapel and after praying to make the right decision I returned to my classes.

Isn’t this the teaching of St. Benedict in the Prologue of his Rule:  “First of all, whatever good work you begin to do, beg of Him with most earnest prayer to perfect it.”  If we do this Jesus will always find us radiant with faith and burning with love.